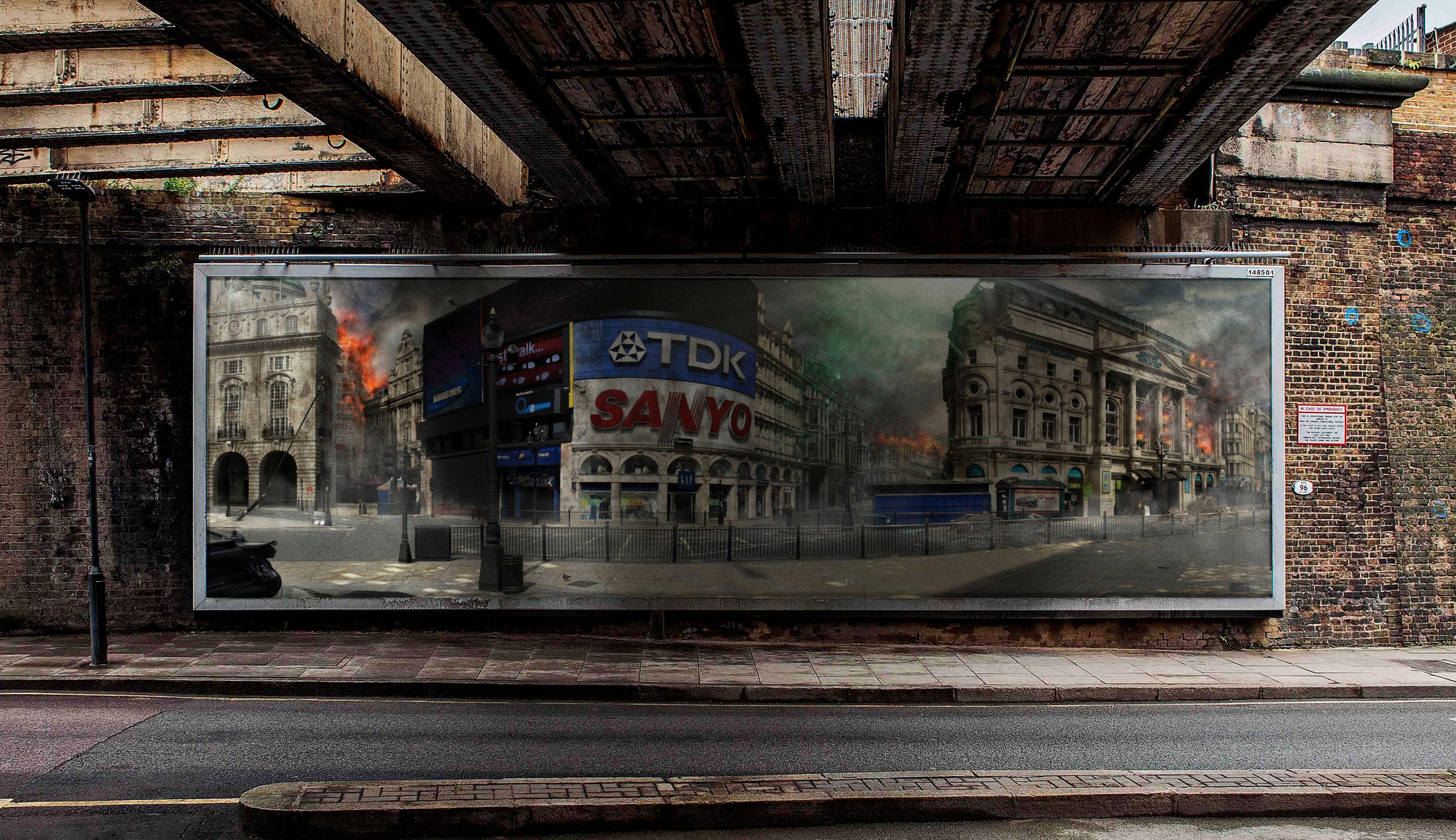 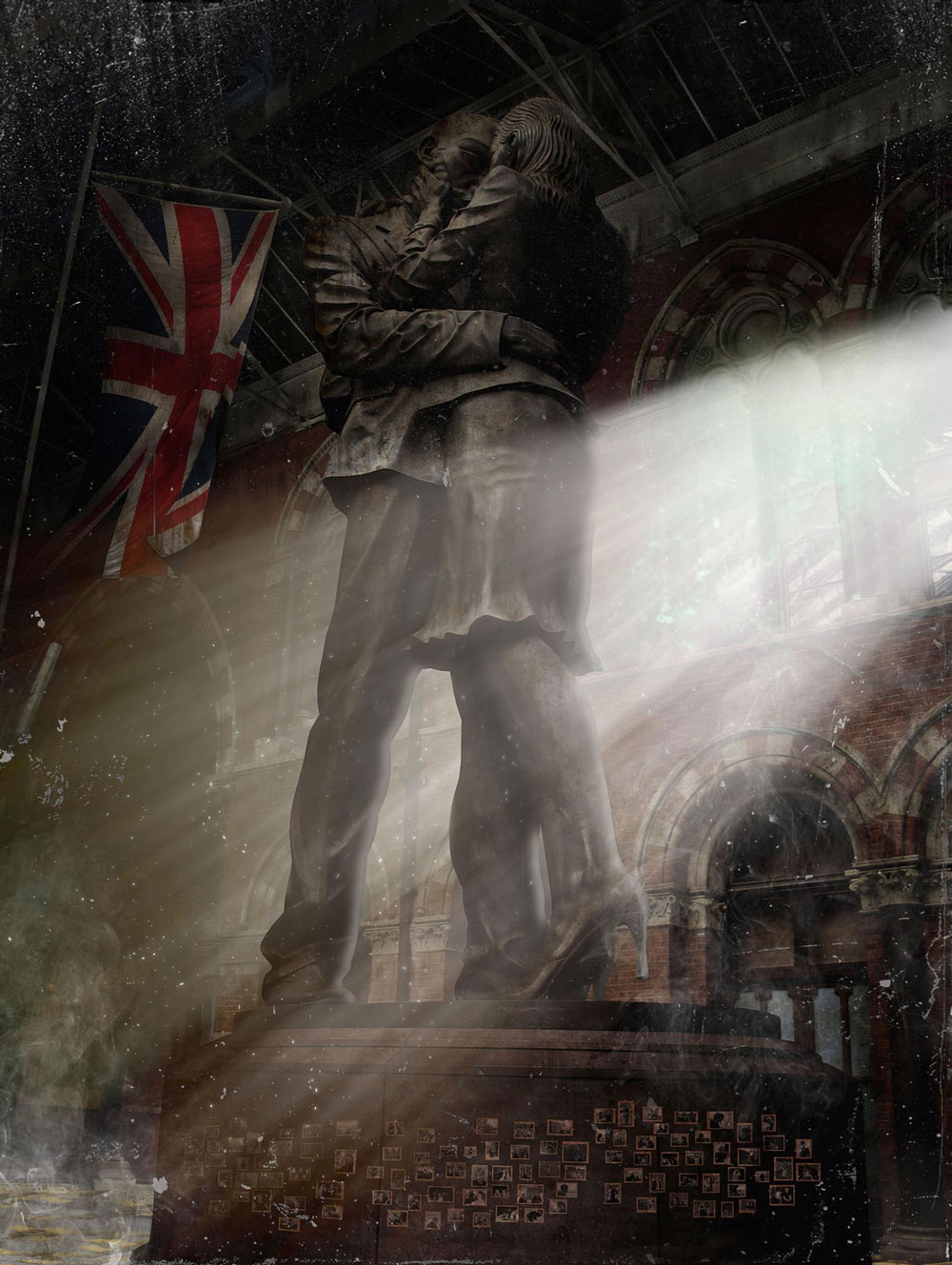 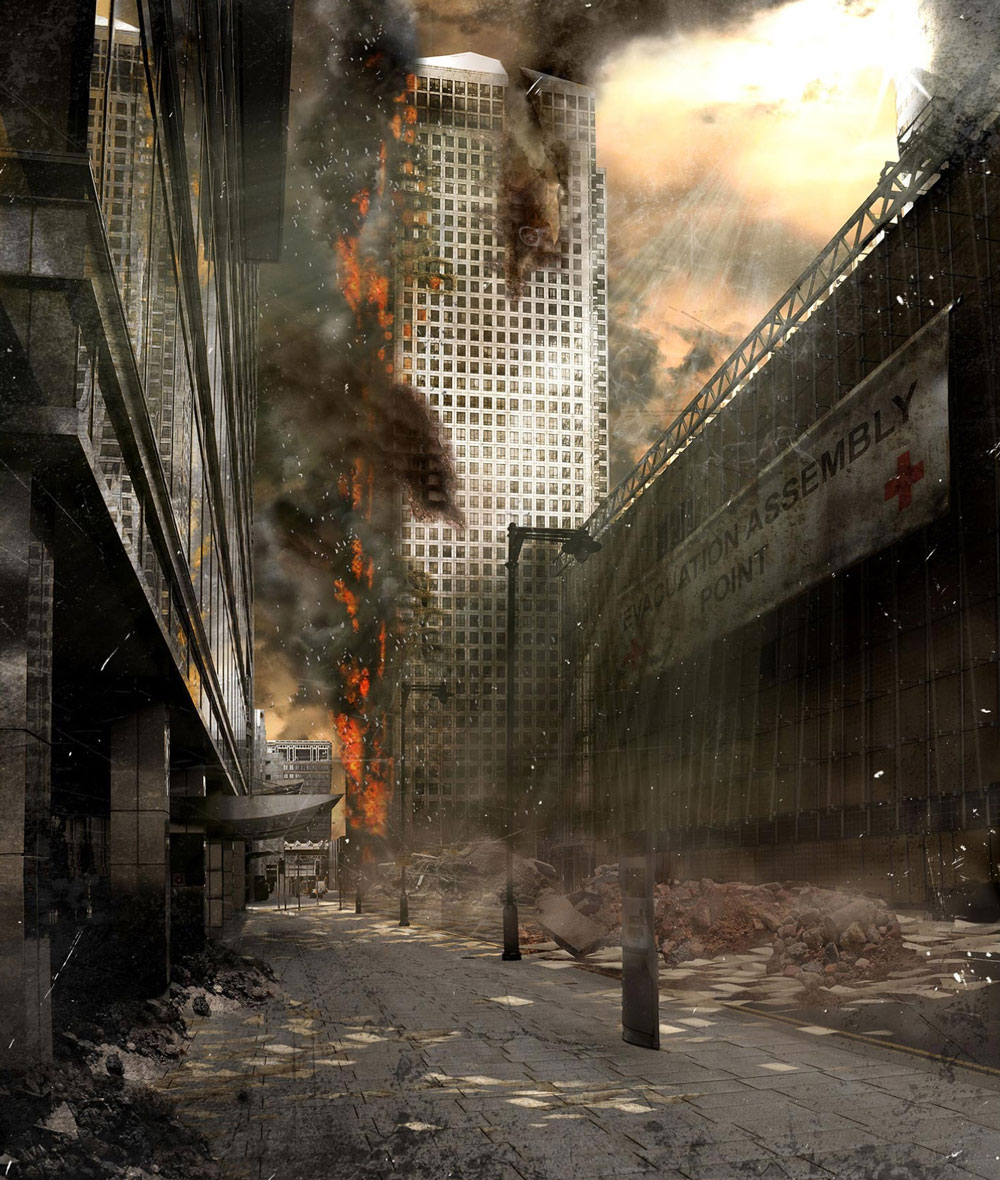 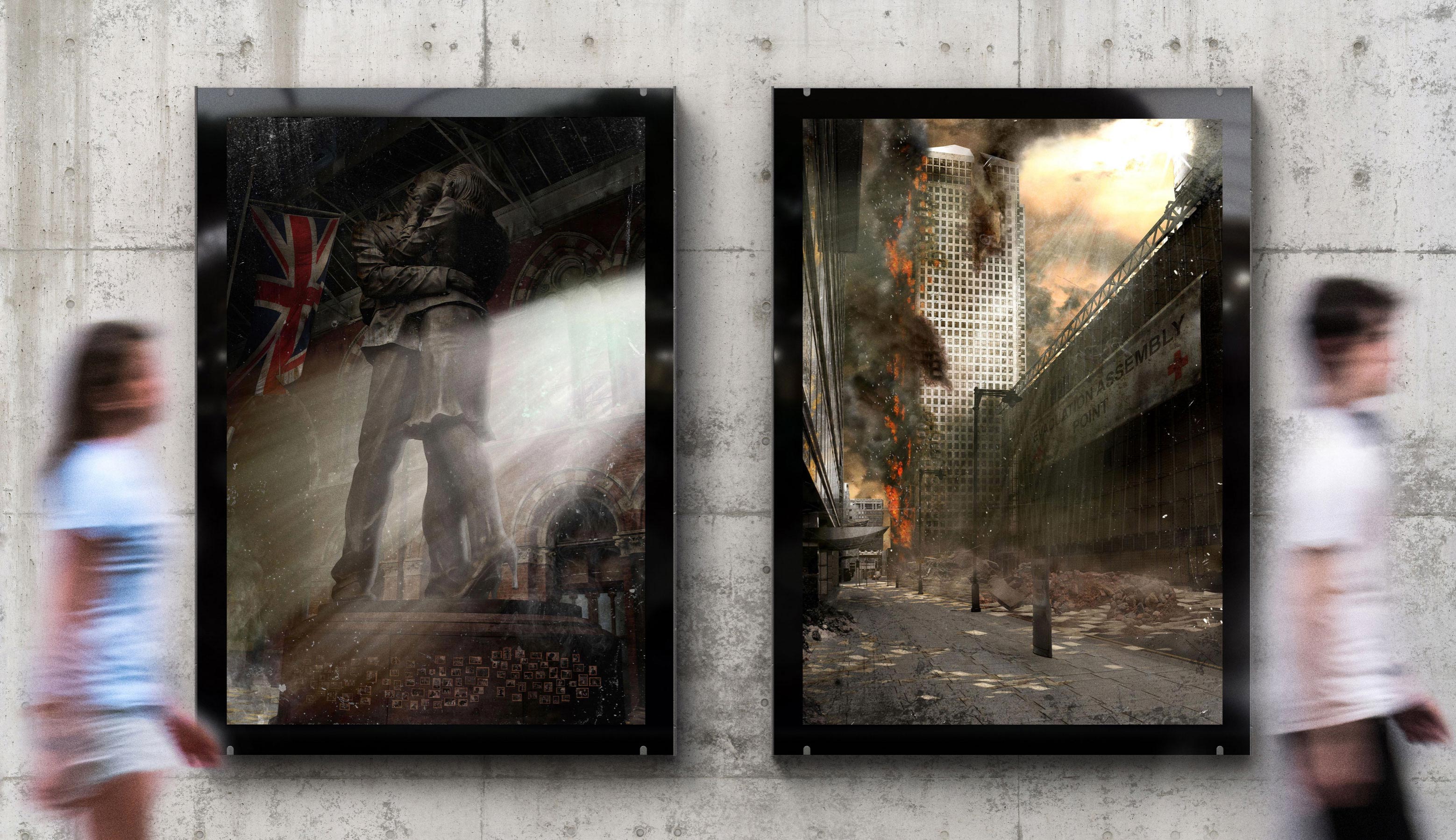 I was hired to produce creative visuals that were used as backdrops on a documentary in 2012.

The documentary focussed on the ever decreasing amount of natural fuel resources on the planet. For a segment during the documentary the discussion turned to possible future outcomes and this is where my visuals came into play. The images depicted post apocalyptic scenes from the UK’s capital.

This was an extremely labour intensive project which involved on site photography and weeks of editing to remove all signs of life. ( I did however manage to keep in one solitary pigeon, whom I couldn’t bare to remove)