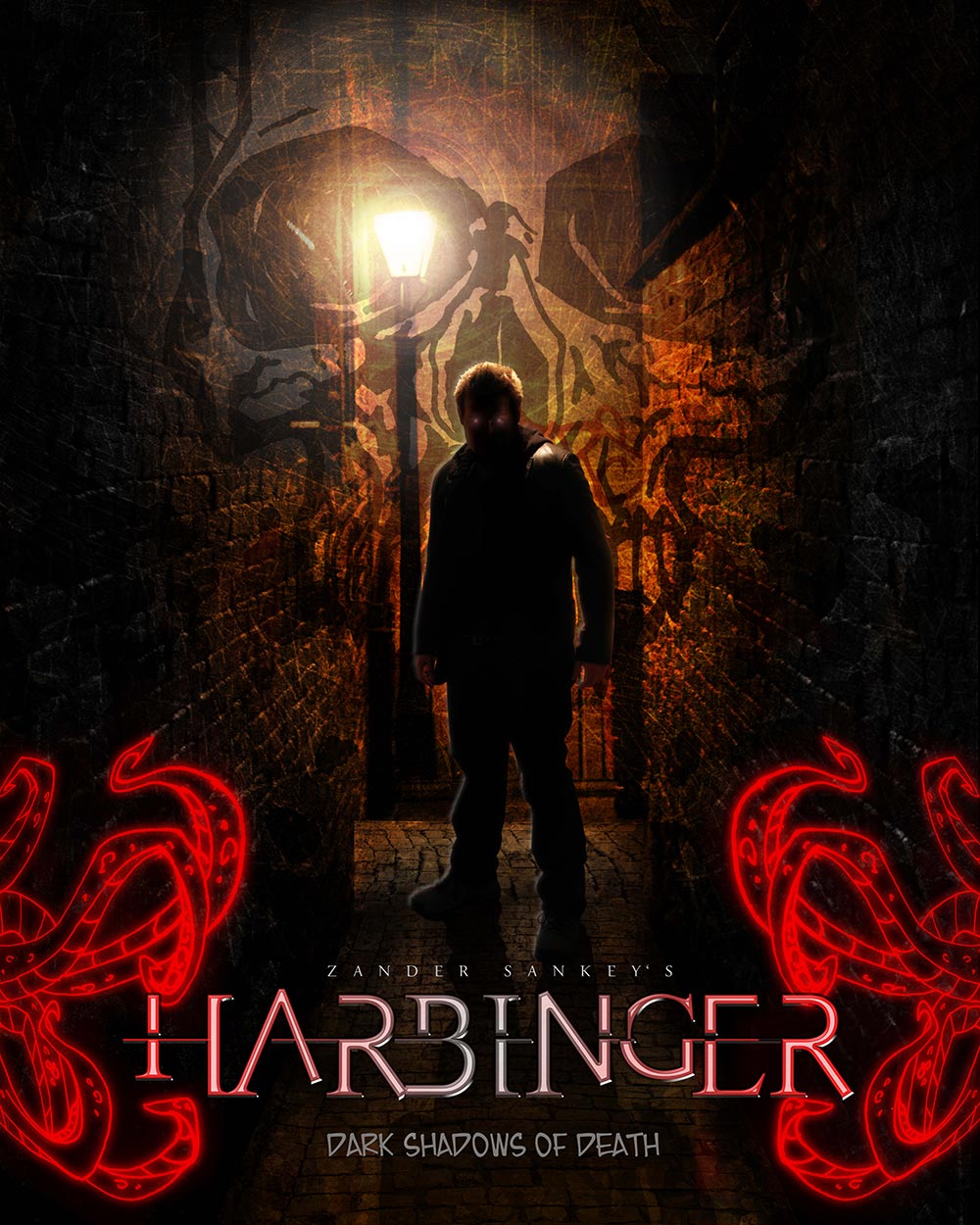 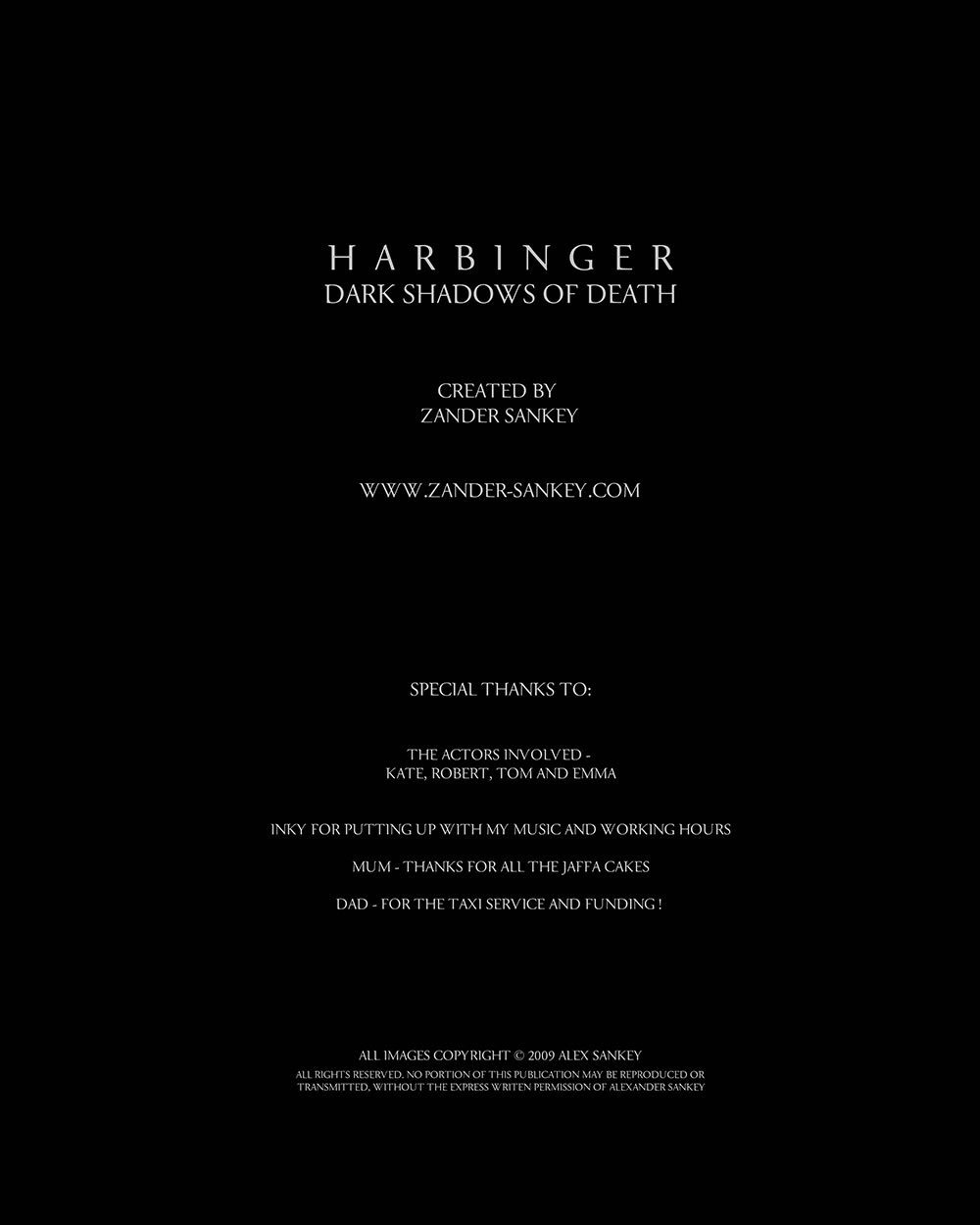 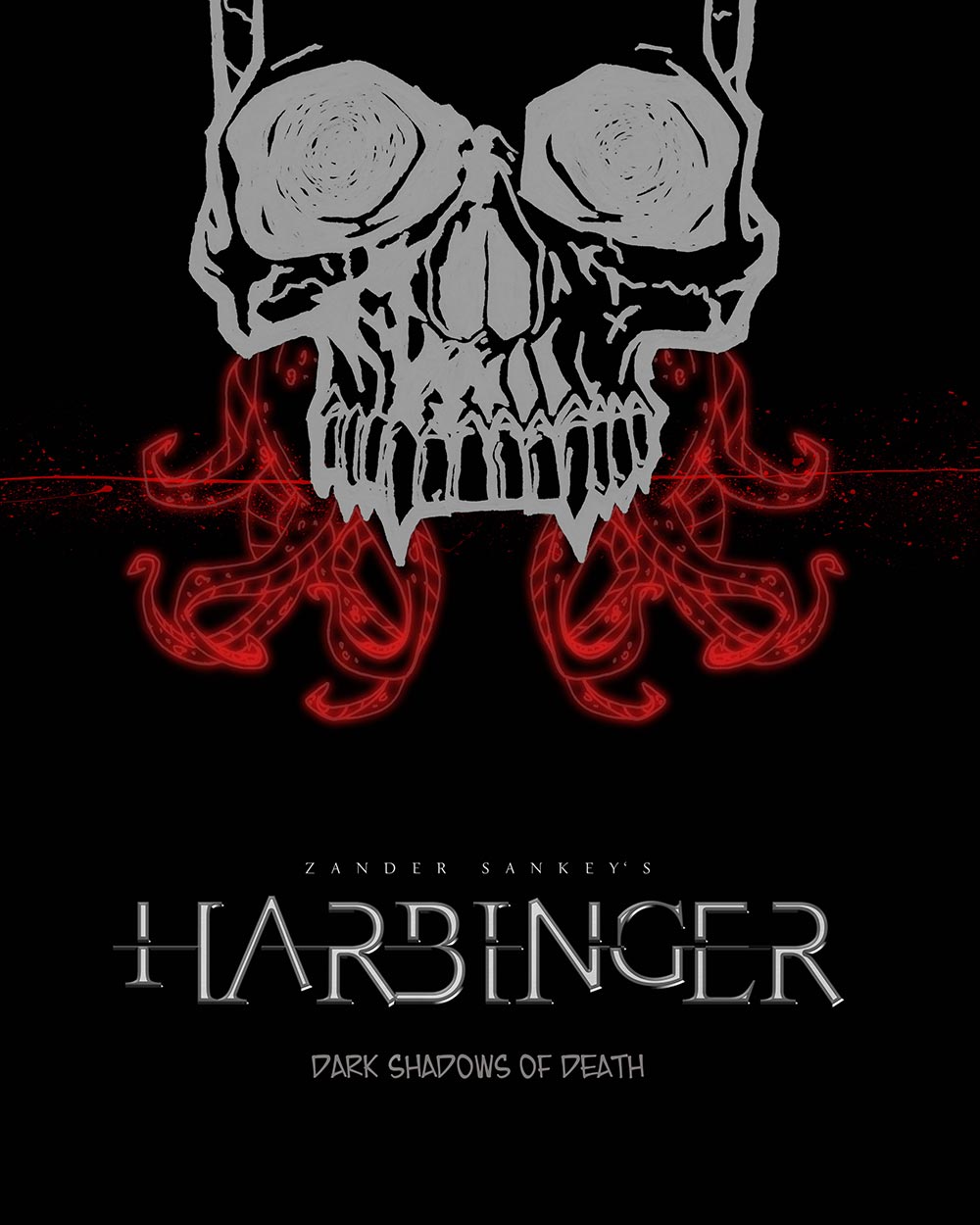 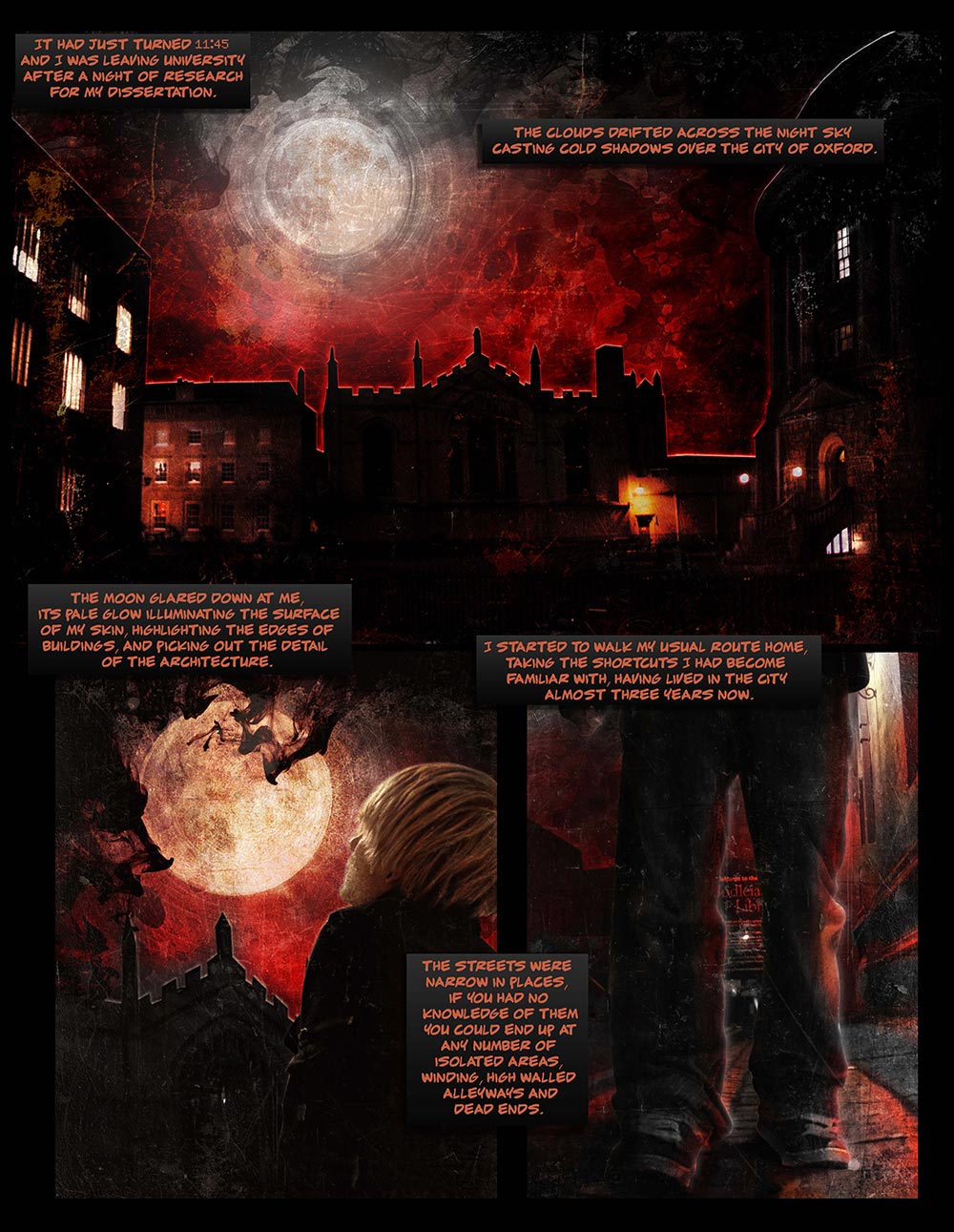 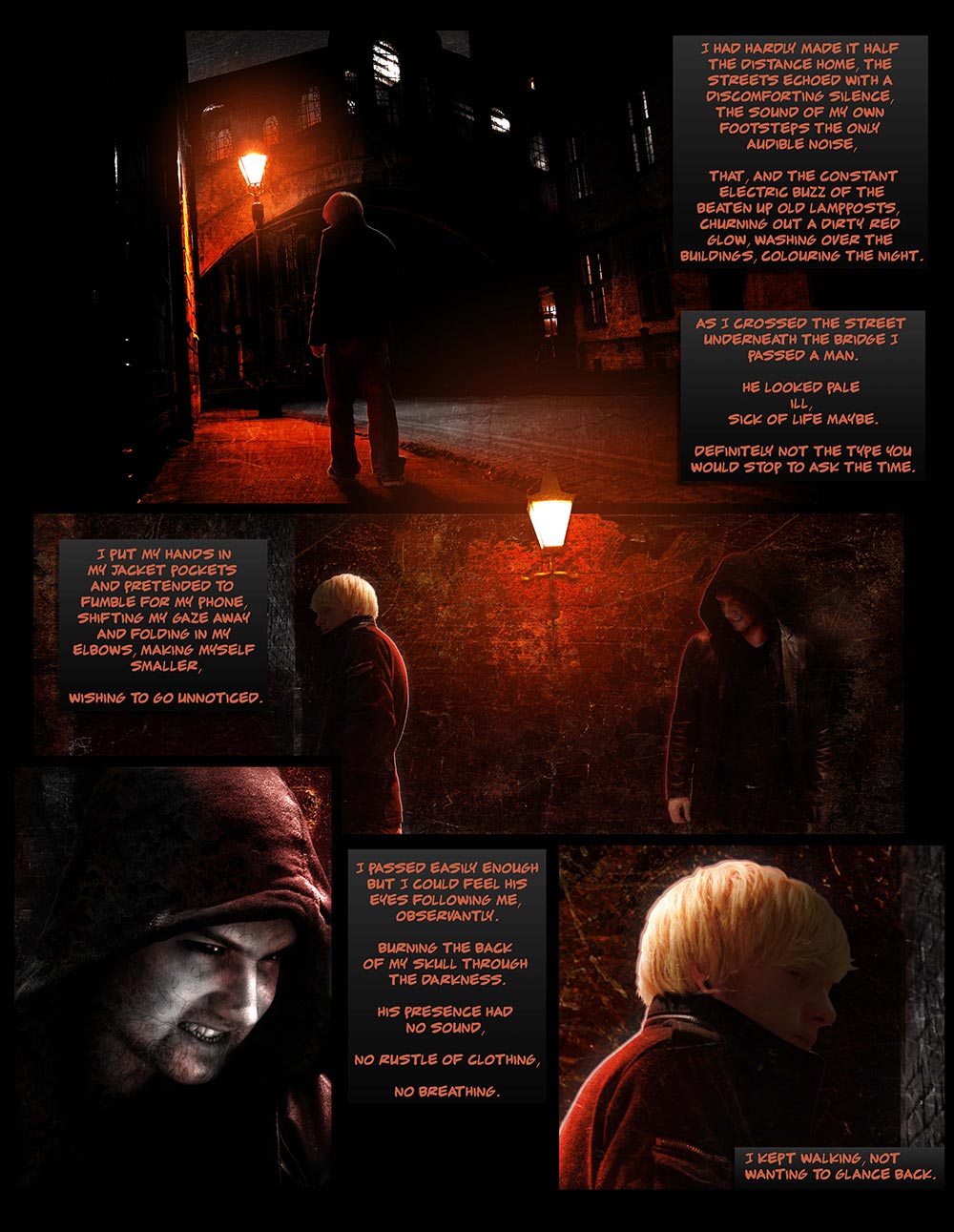 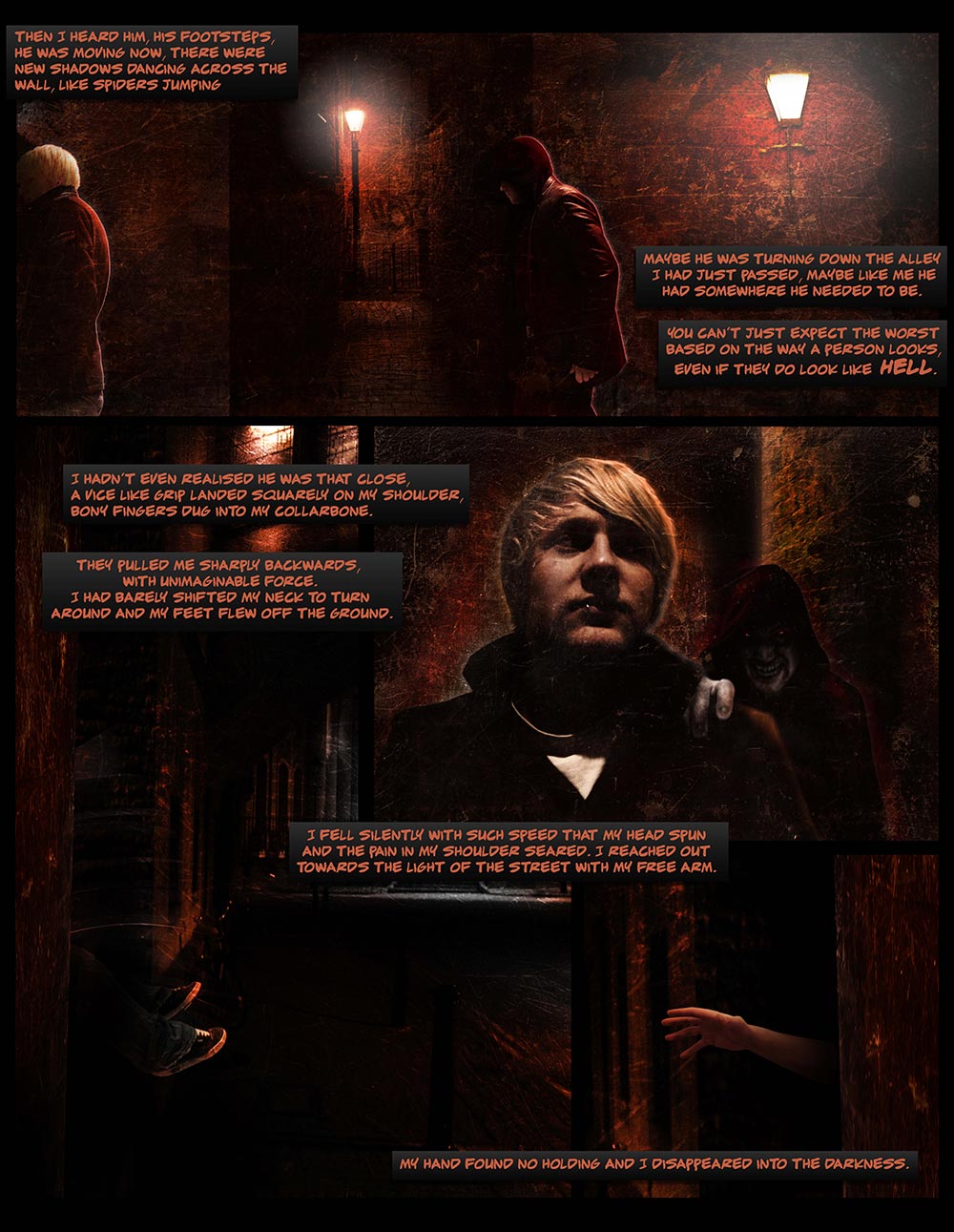 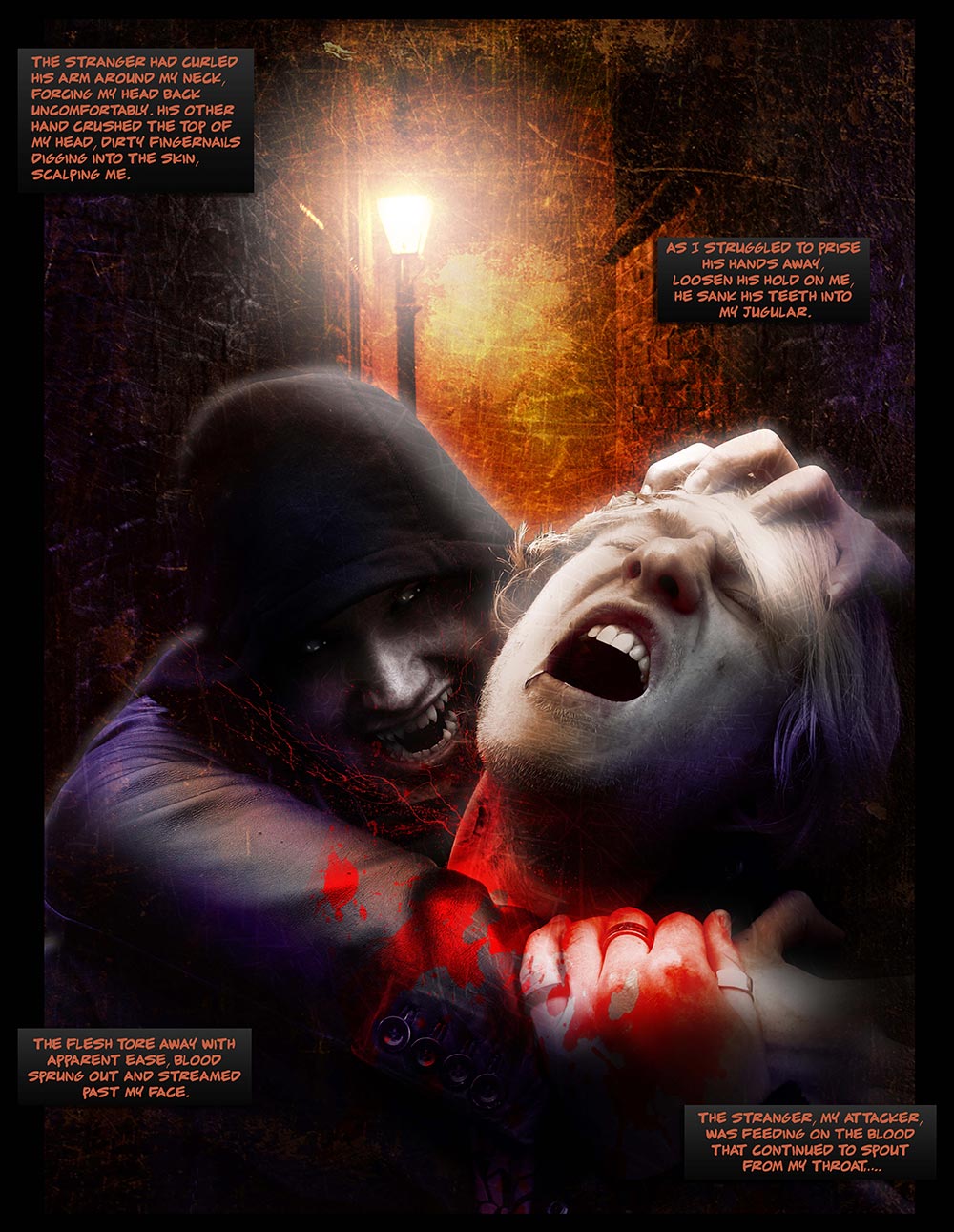 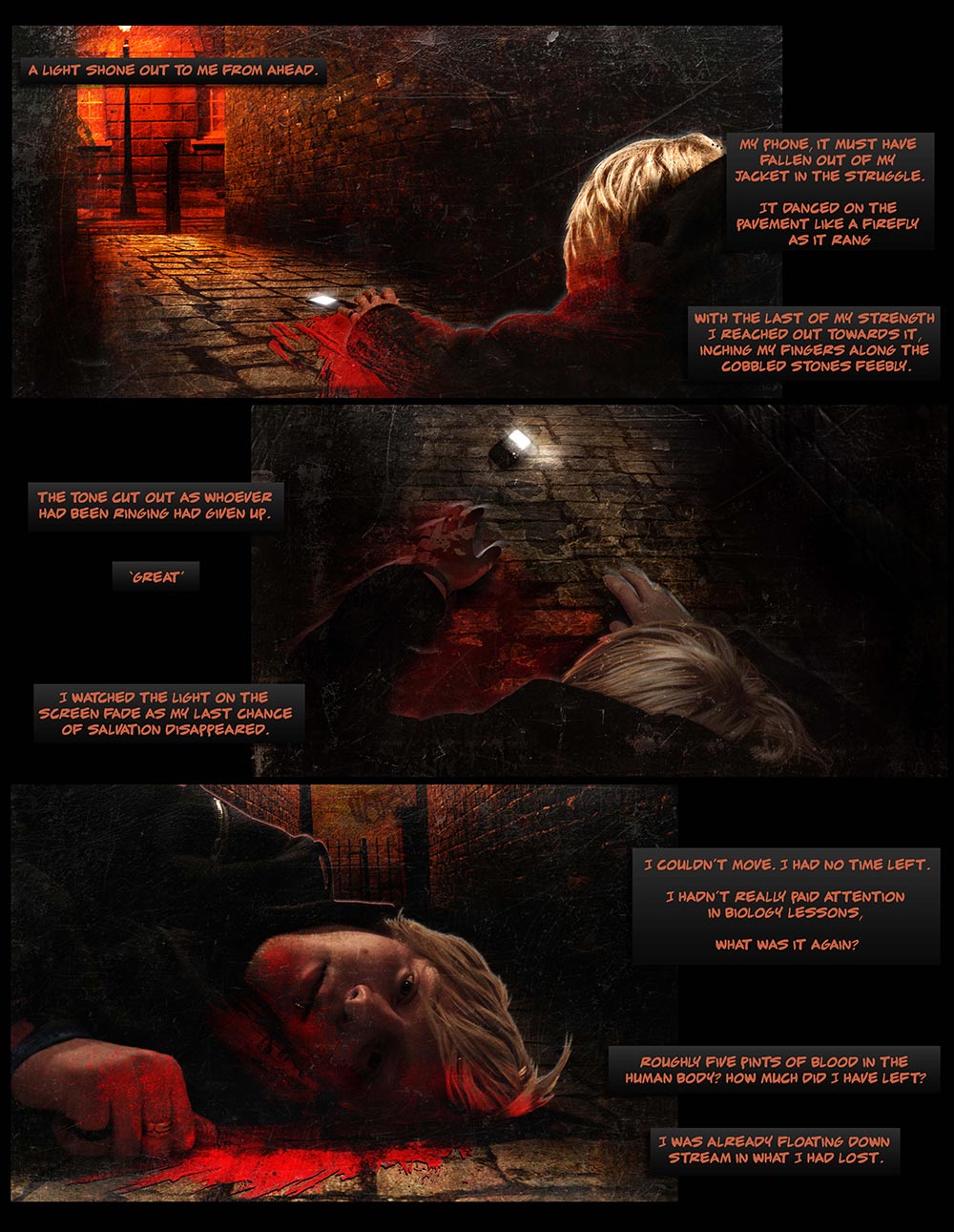 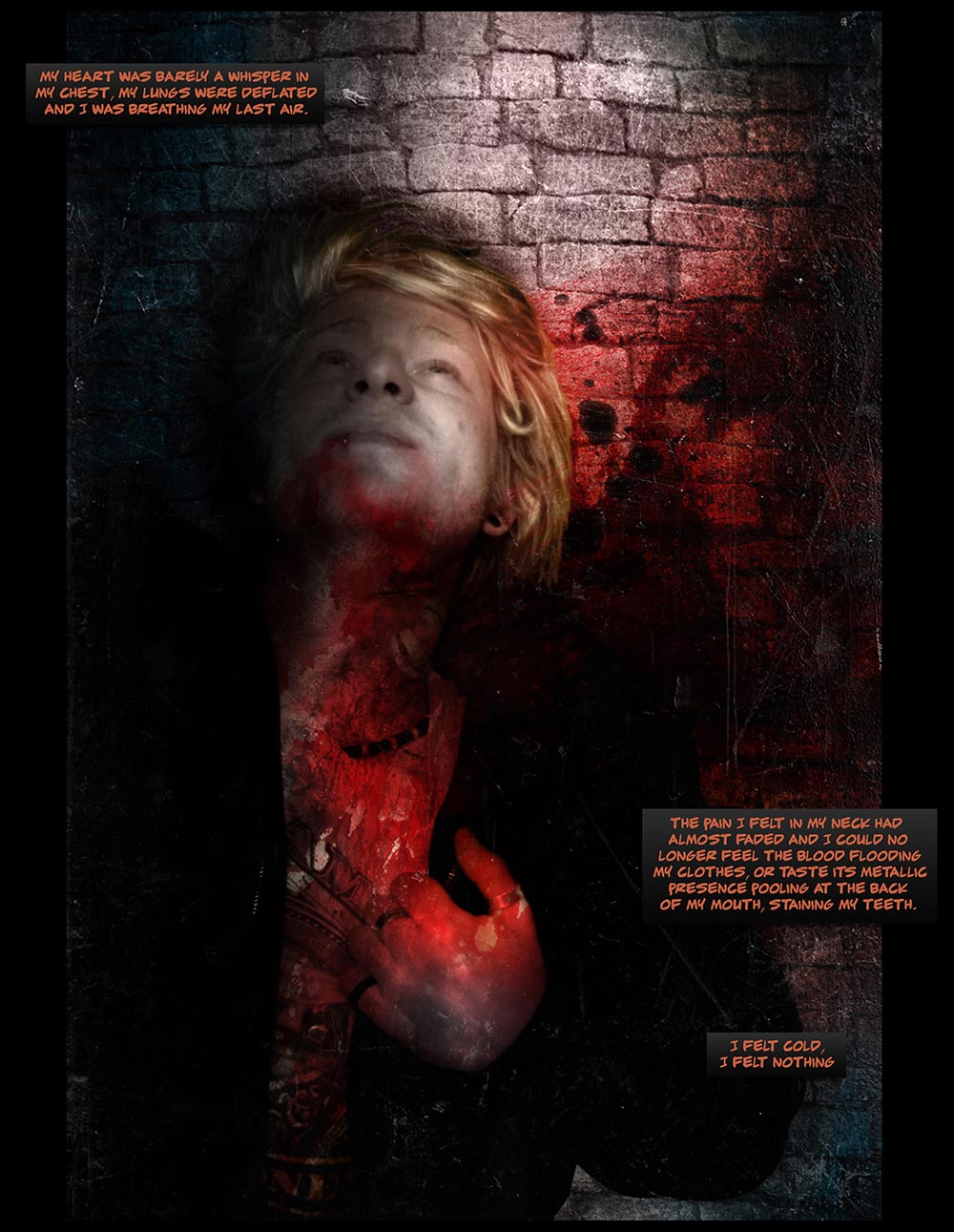 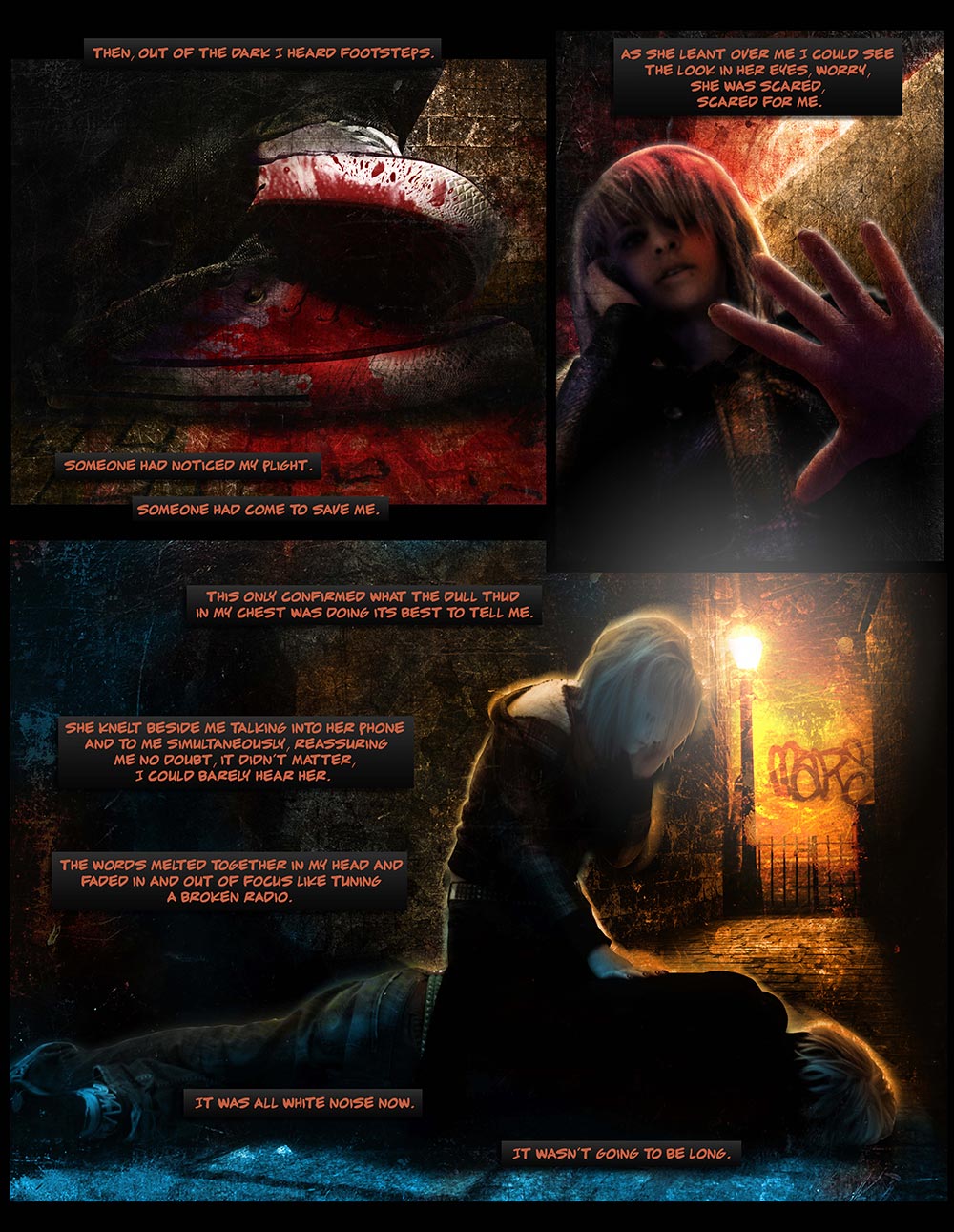 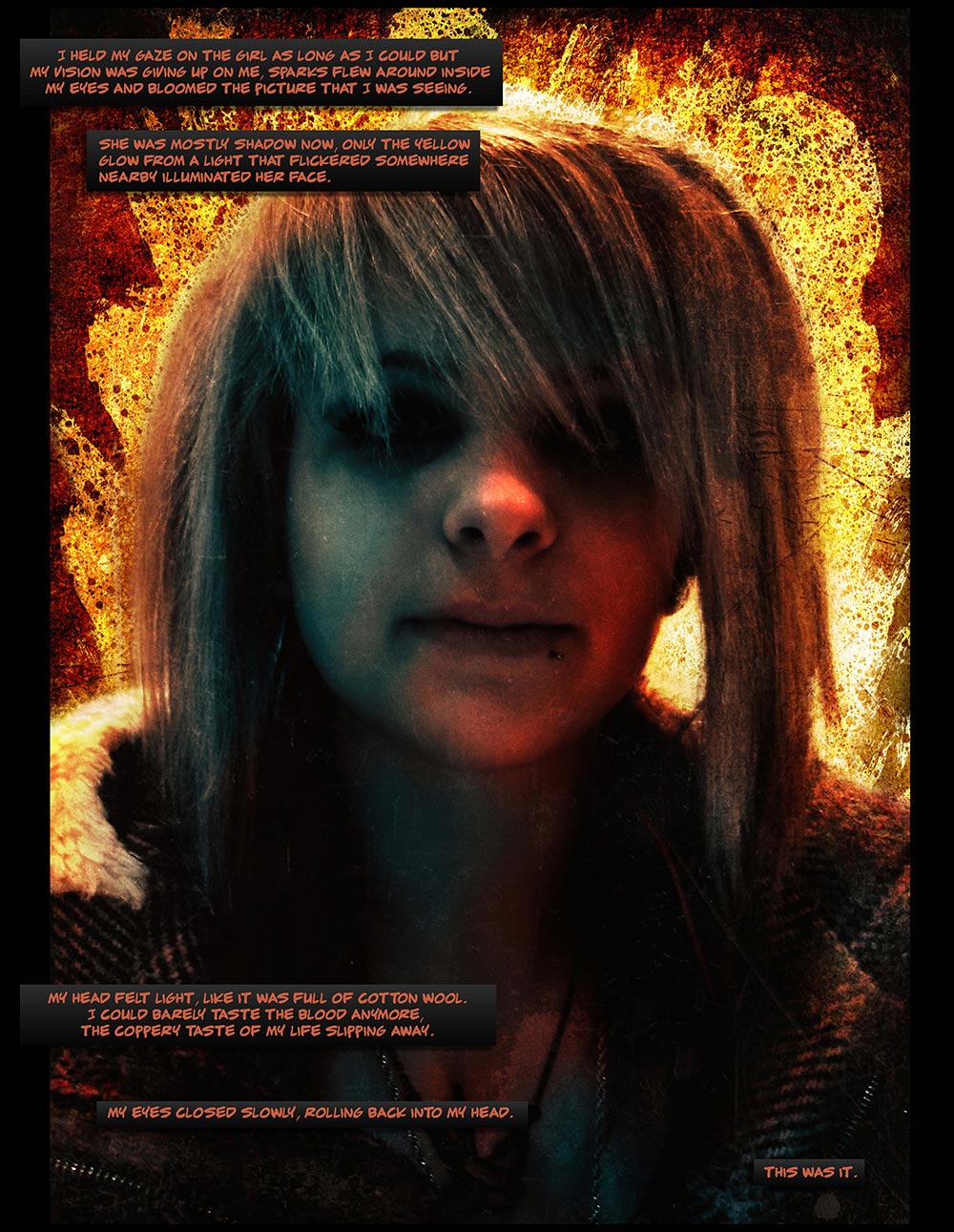 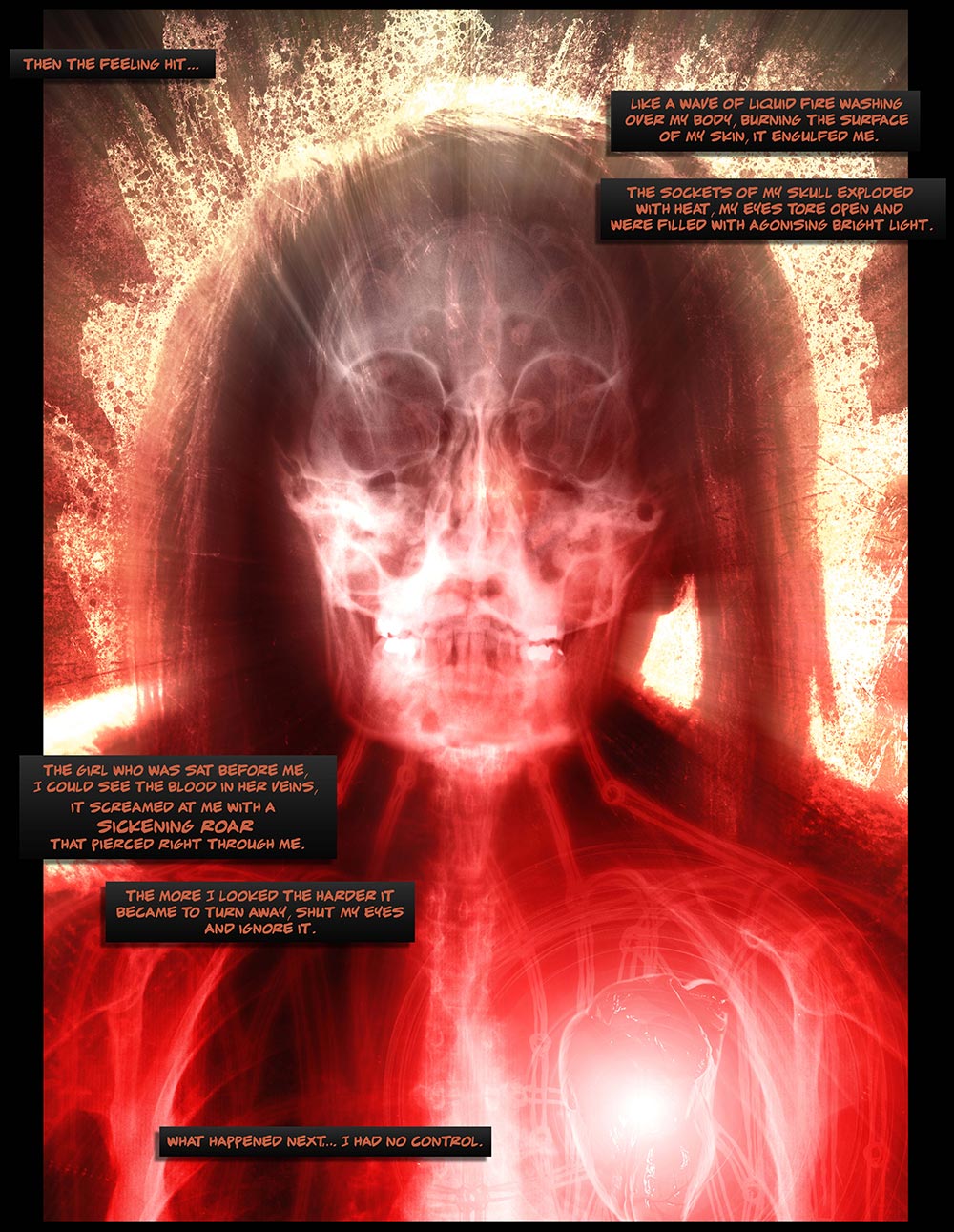 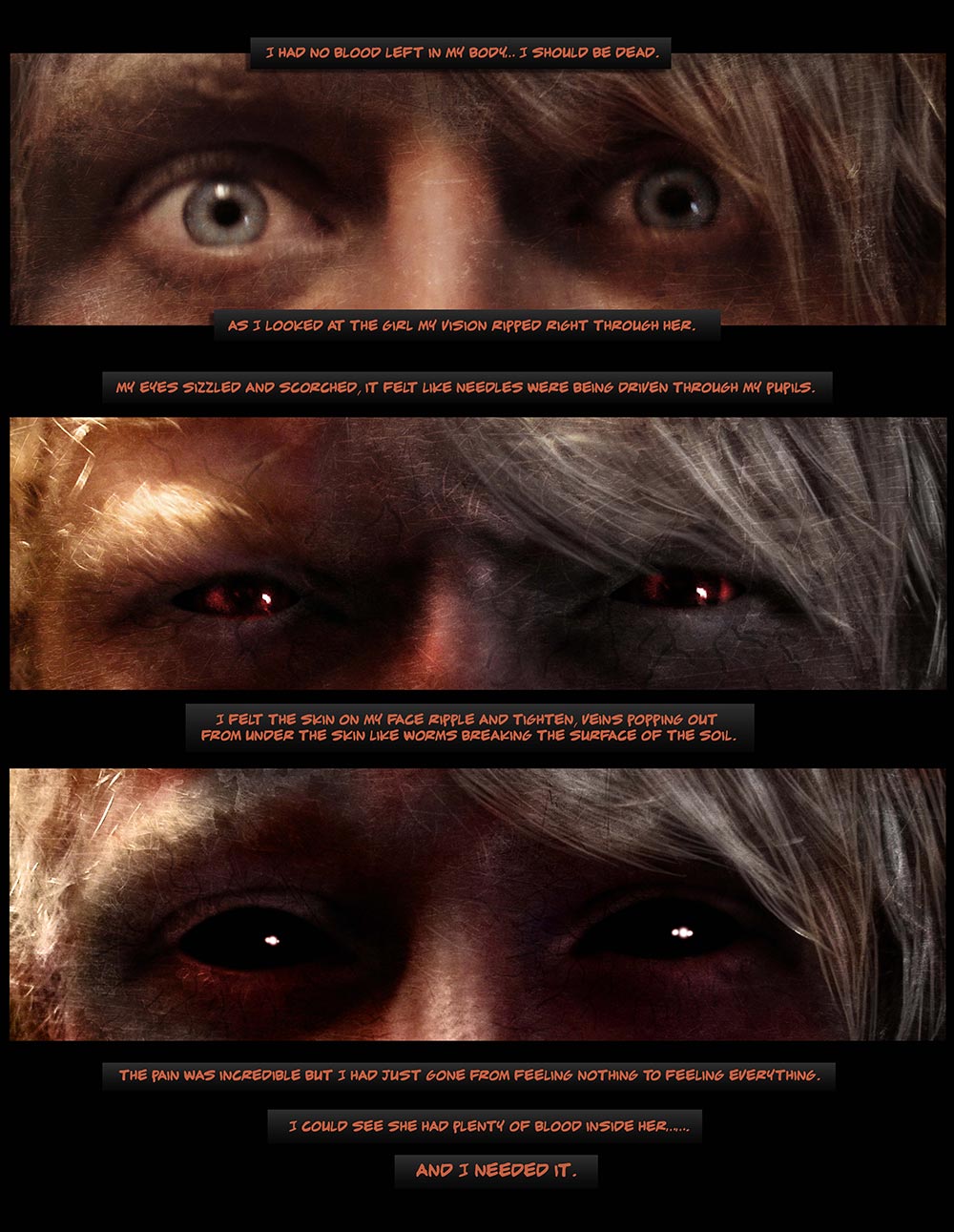 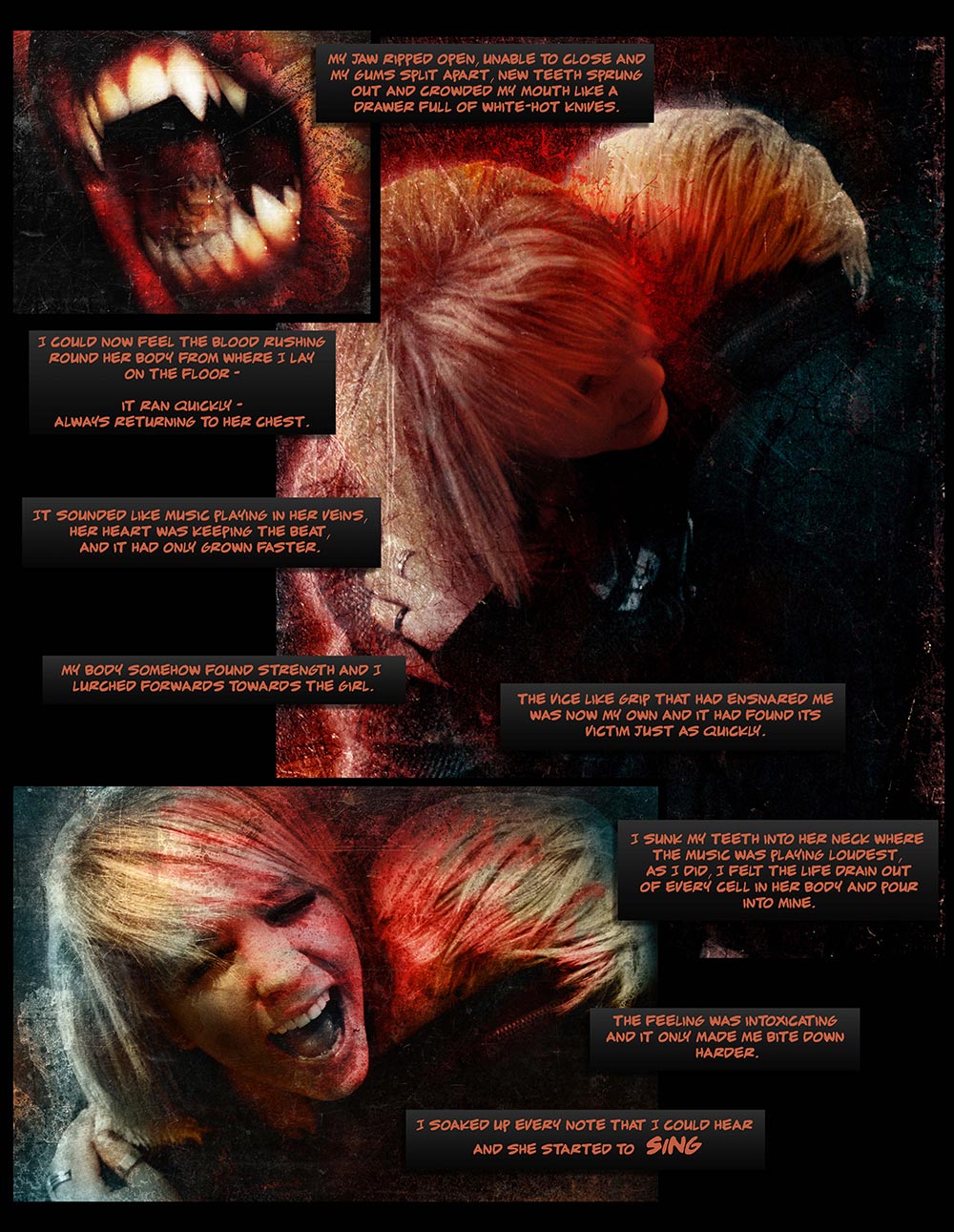 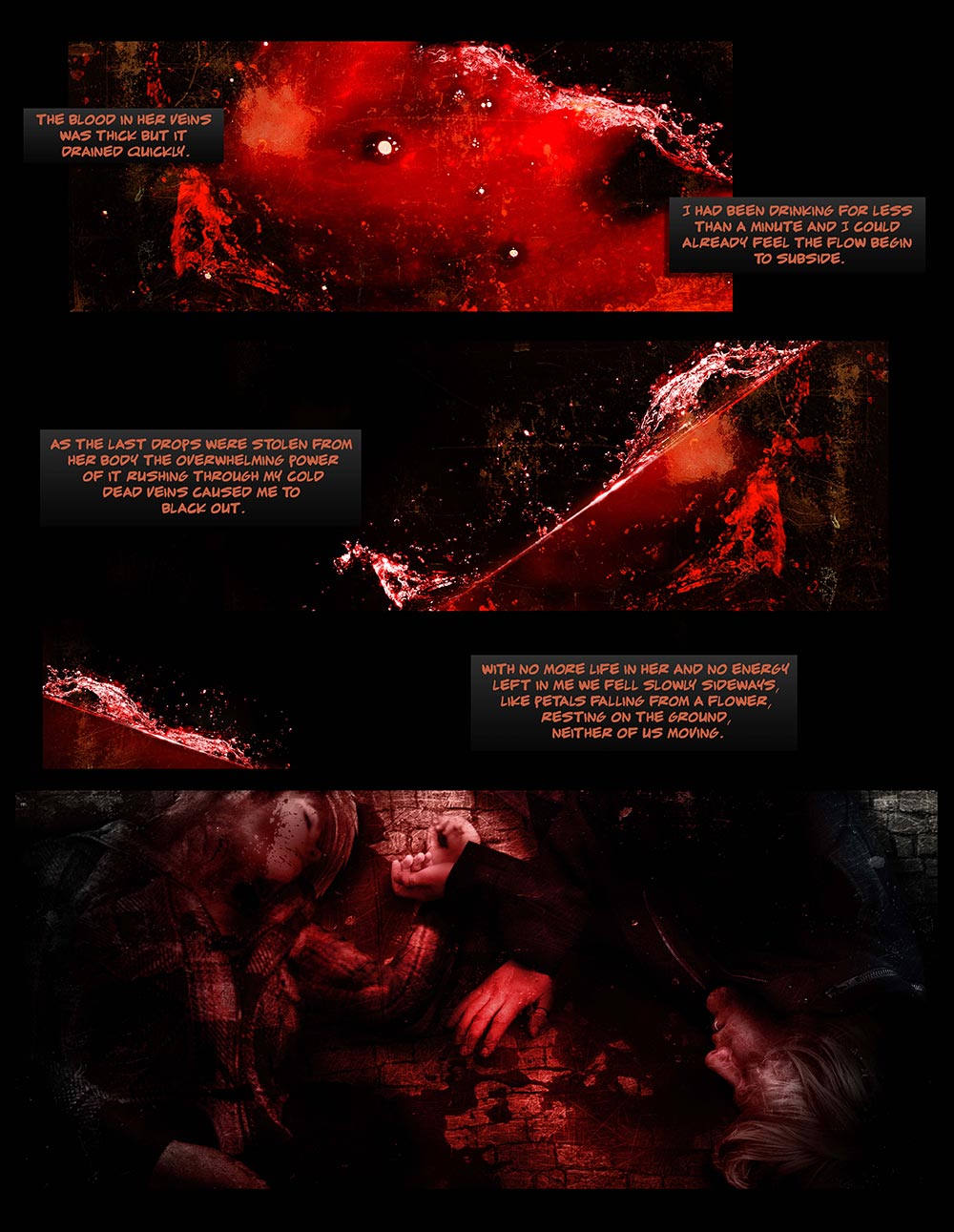 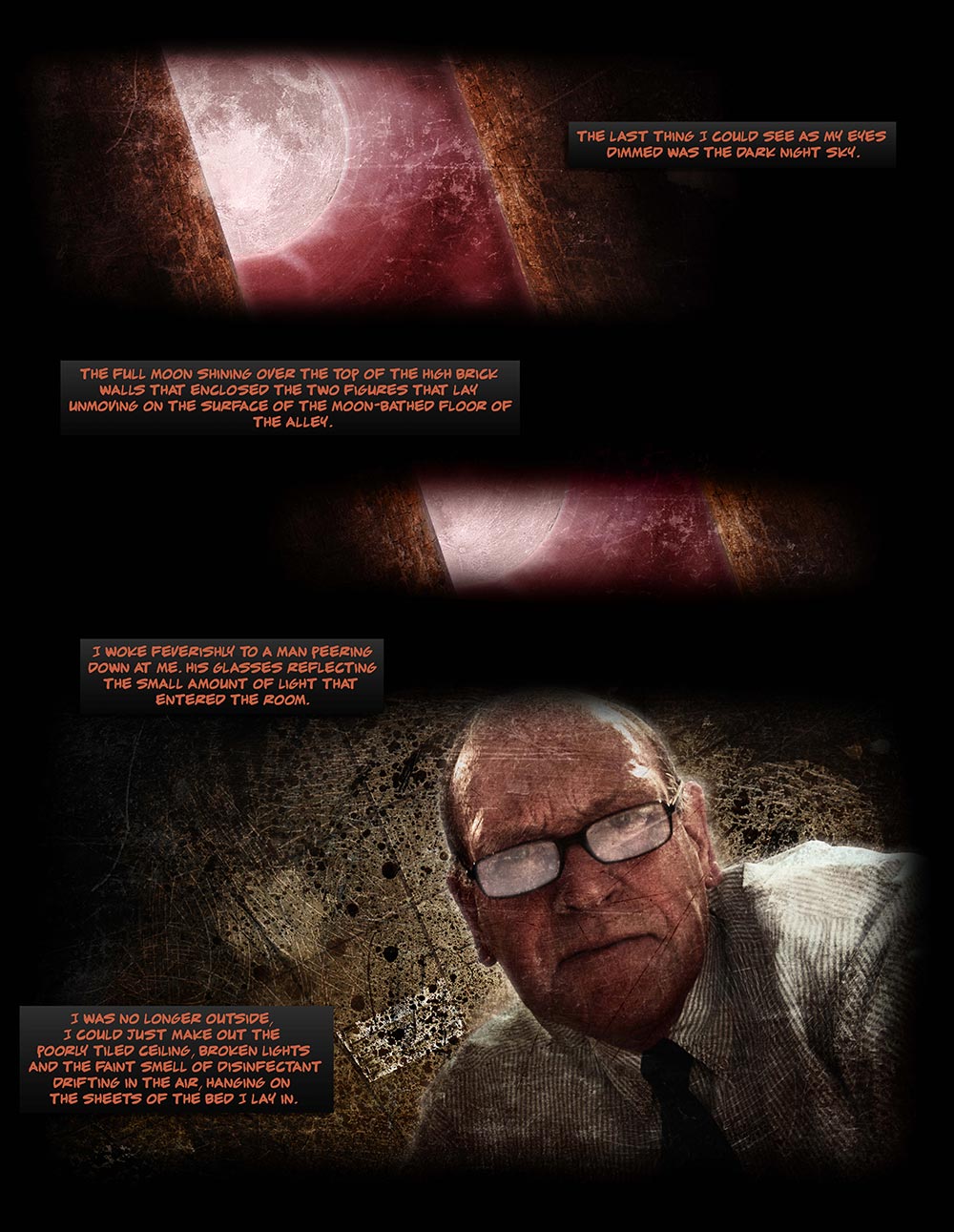 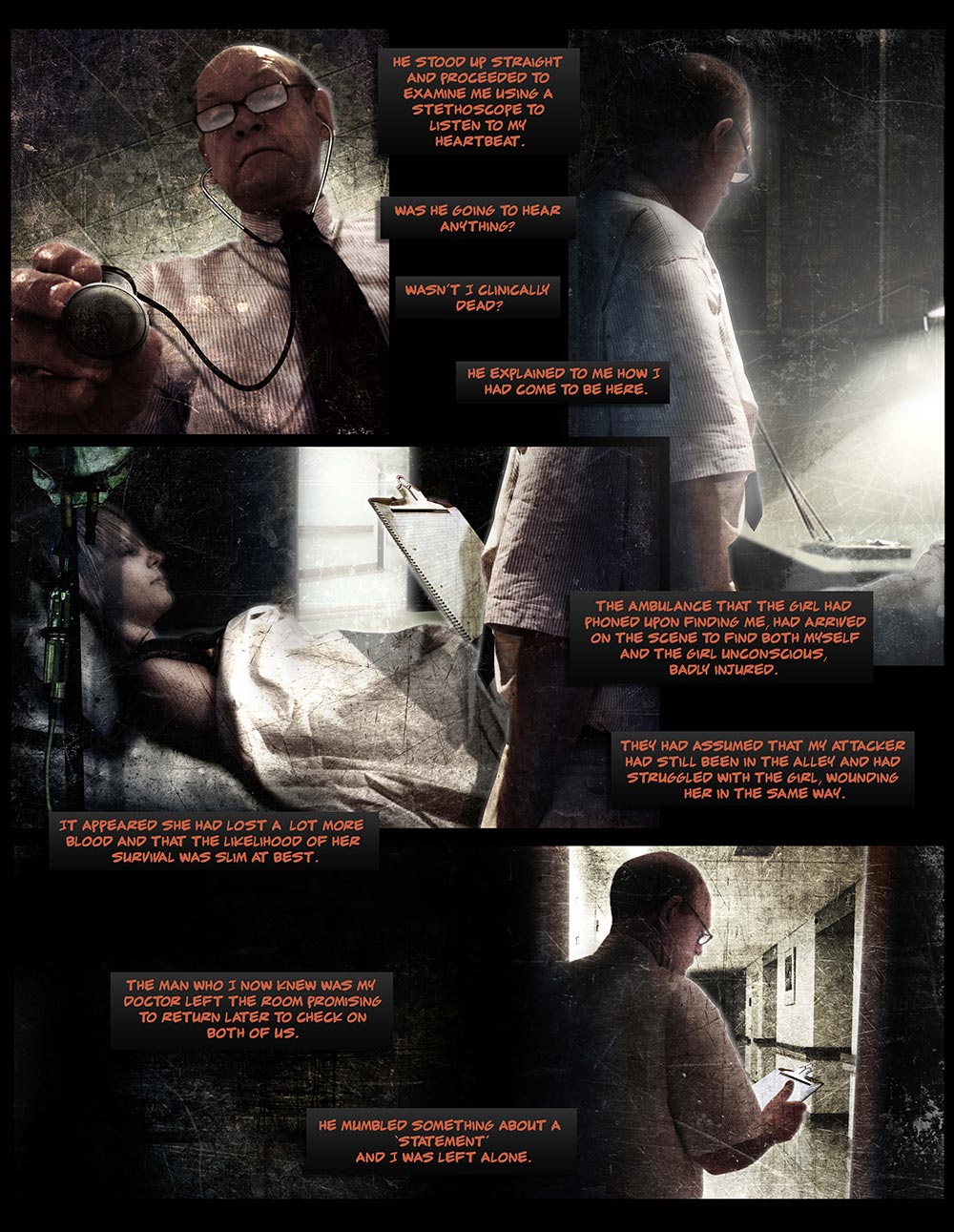 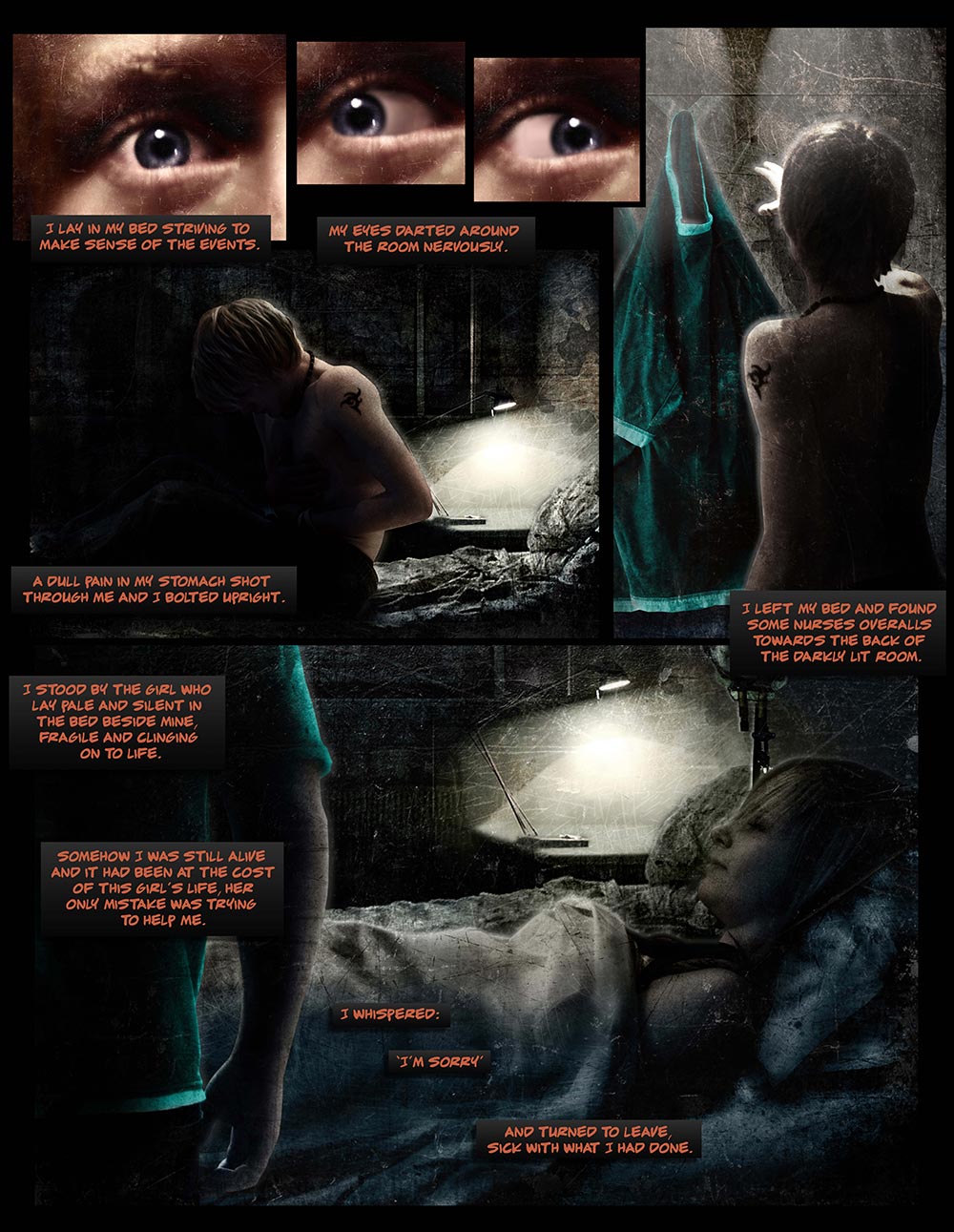 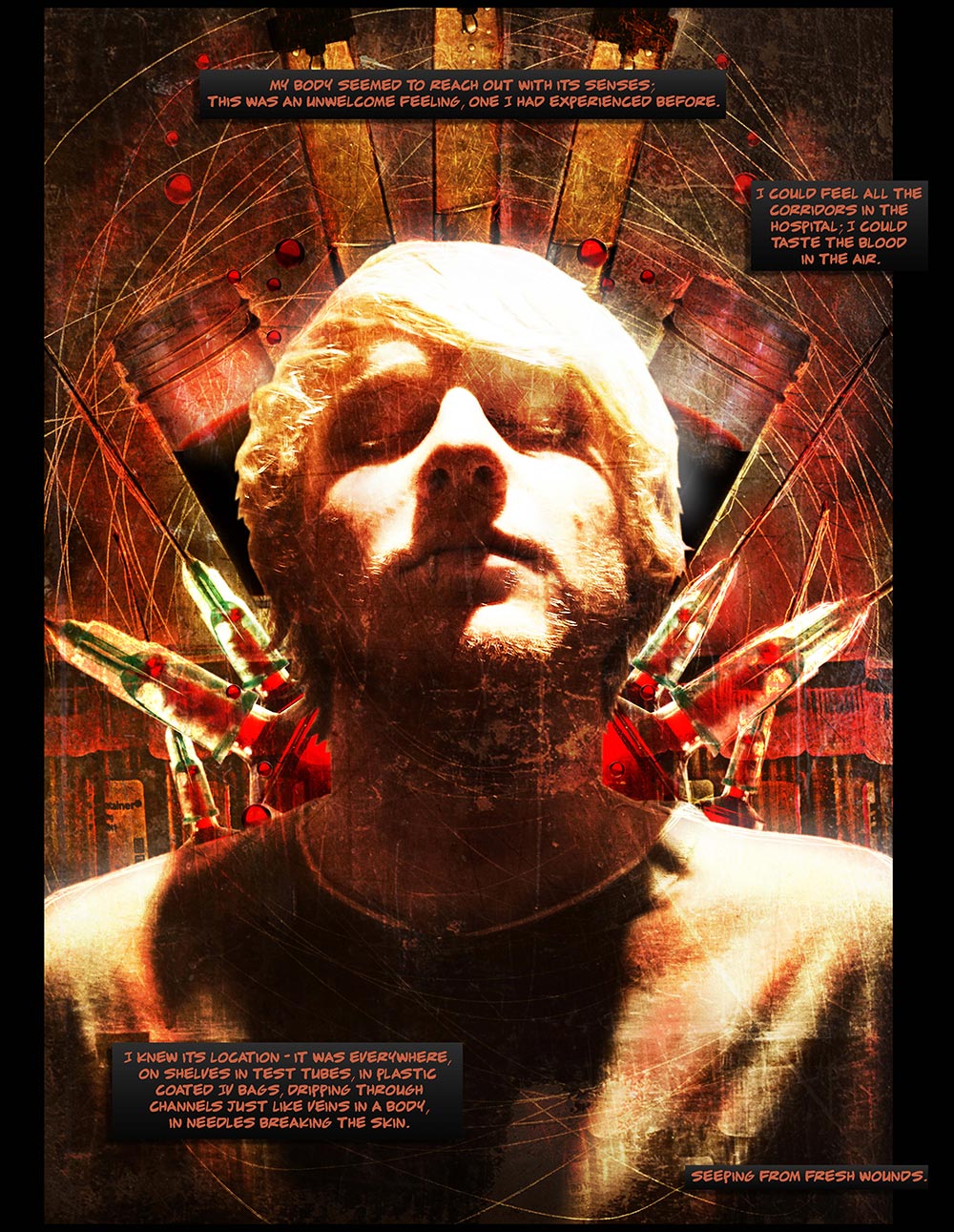 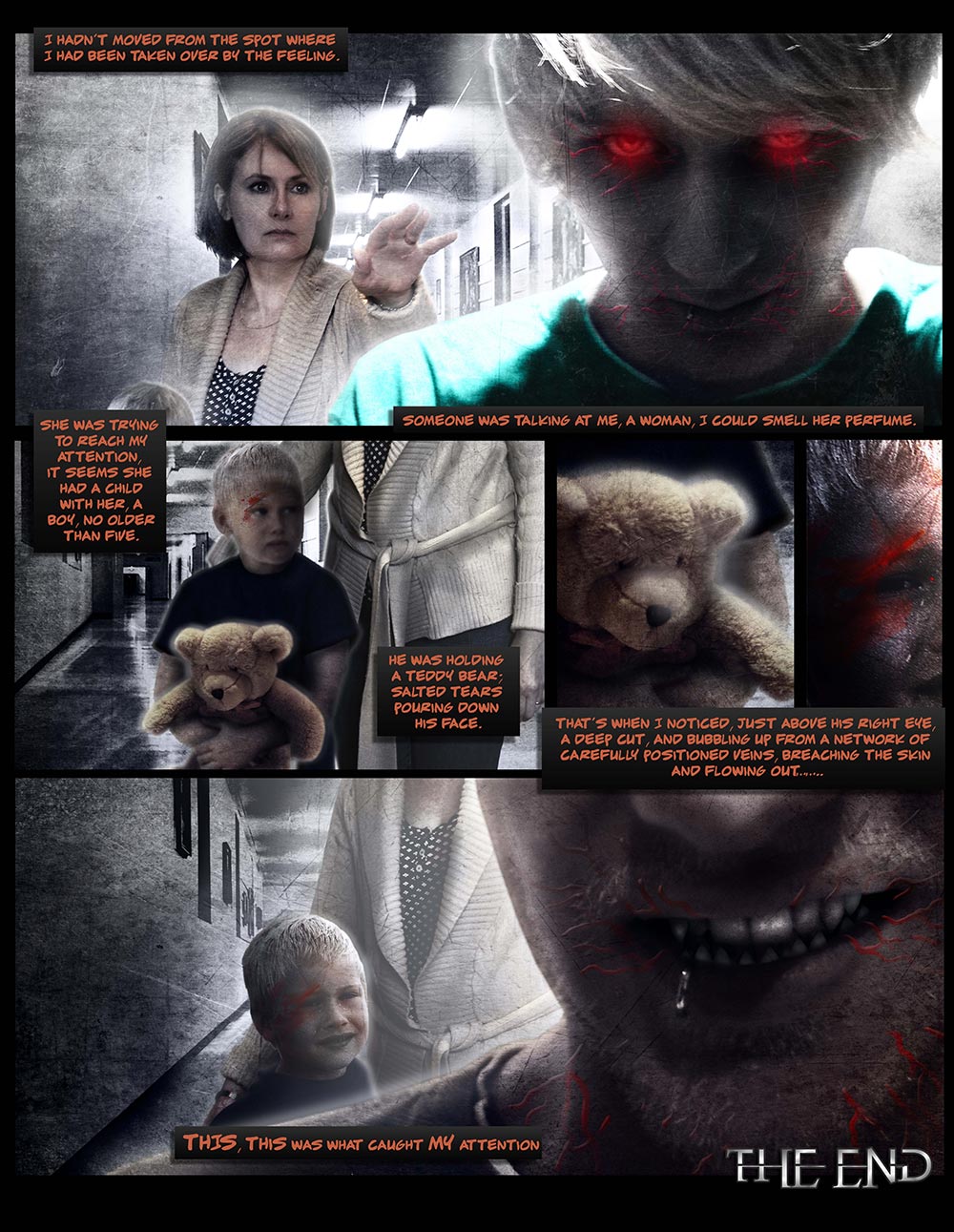 Harbinger was a personal project that I completed in my spare time. I wanted to create a short graphic novel utilising a combination of photo manipulation and digital illustration.

Originally I had intended to construct fictional scenes but later decided to use real locations as a backdrop for the scenes. The entire story is set in the city of Oxford and features locations such as, the Bridge of Sighs, the Oxford Camera, the Turf pub, and the John Radcliffe Hospital.

I completed the project in about five weeks and enlisted several friends to play the main characters.

Another graphic novel is something I would definitely like to pursue and I’m sure in time I will.