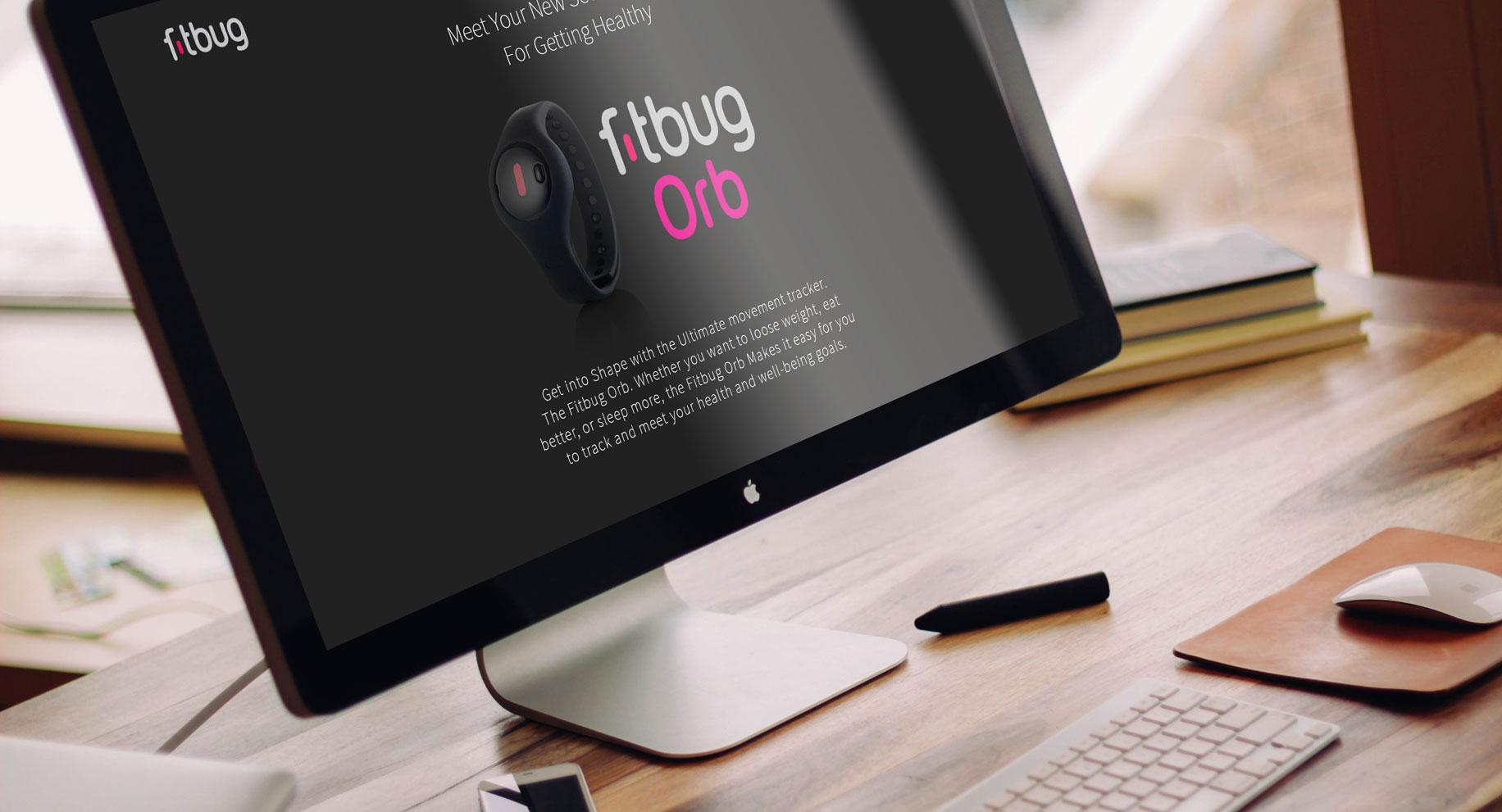 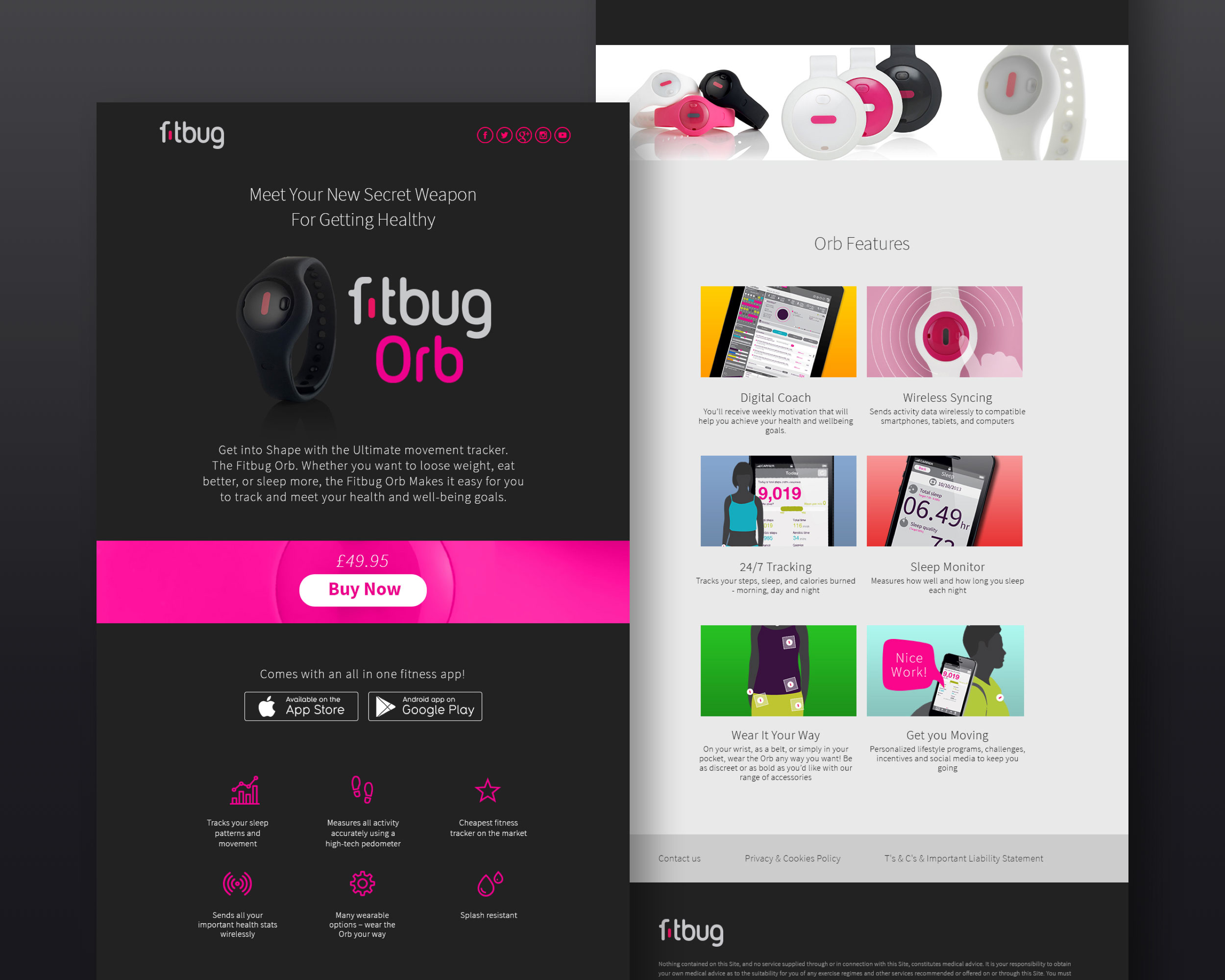 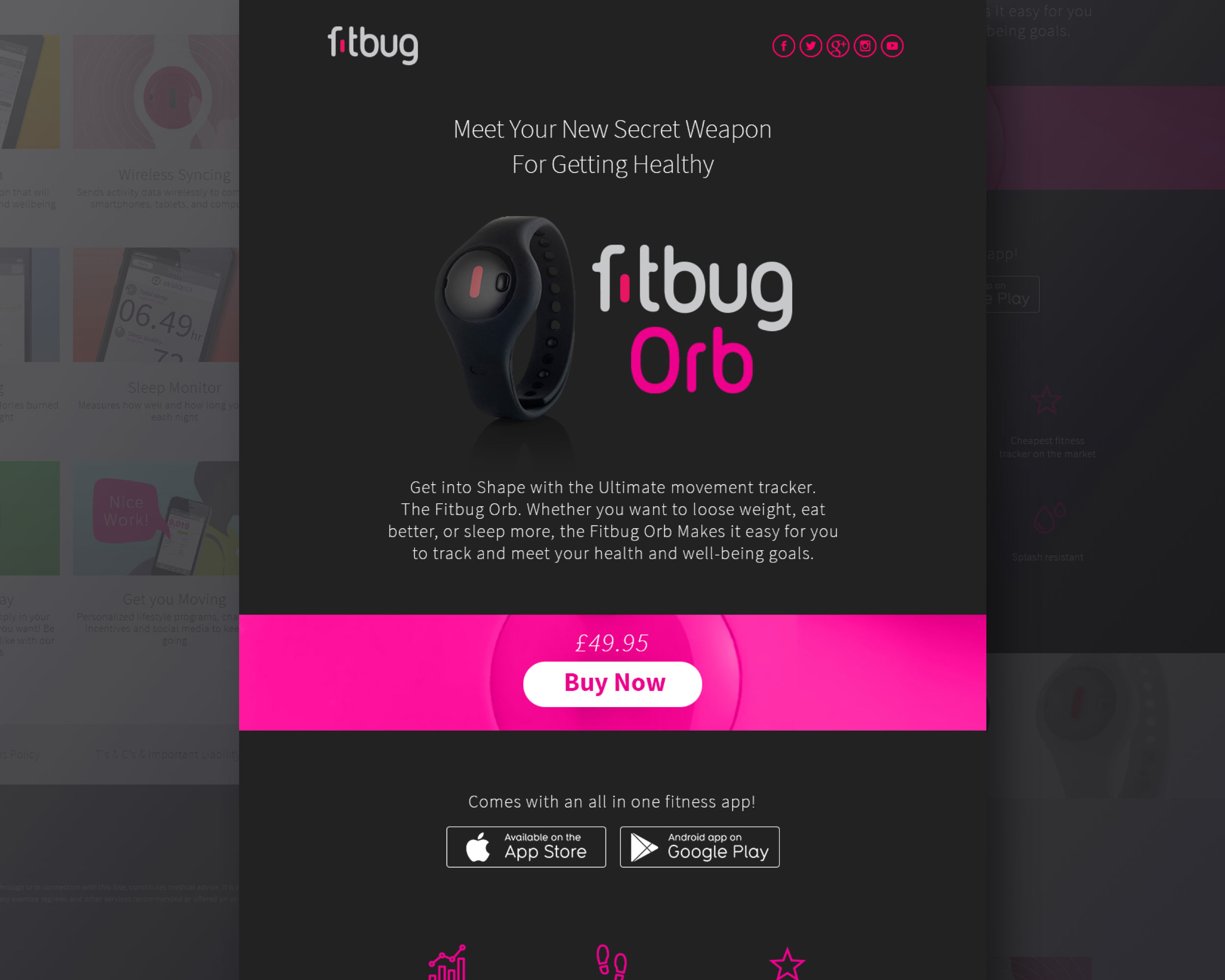 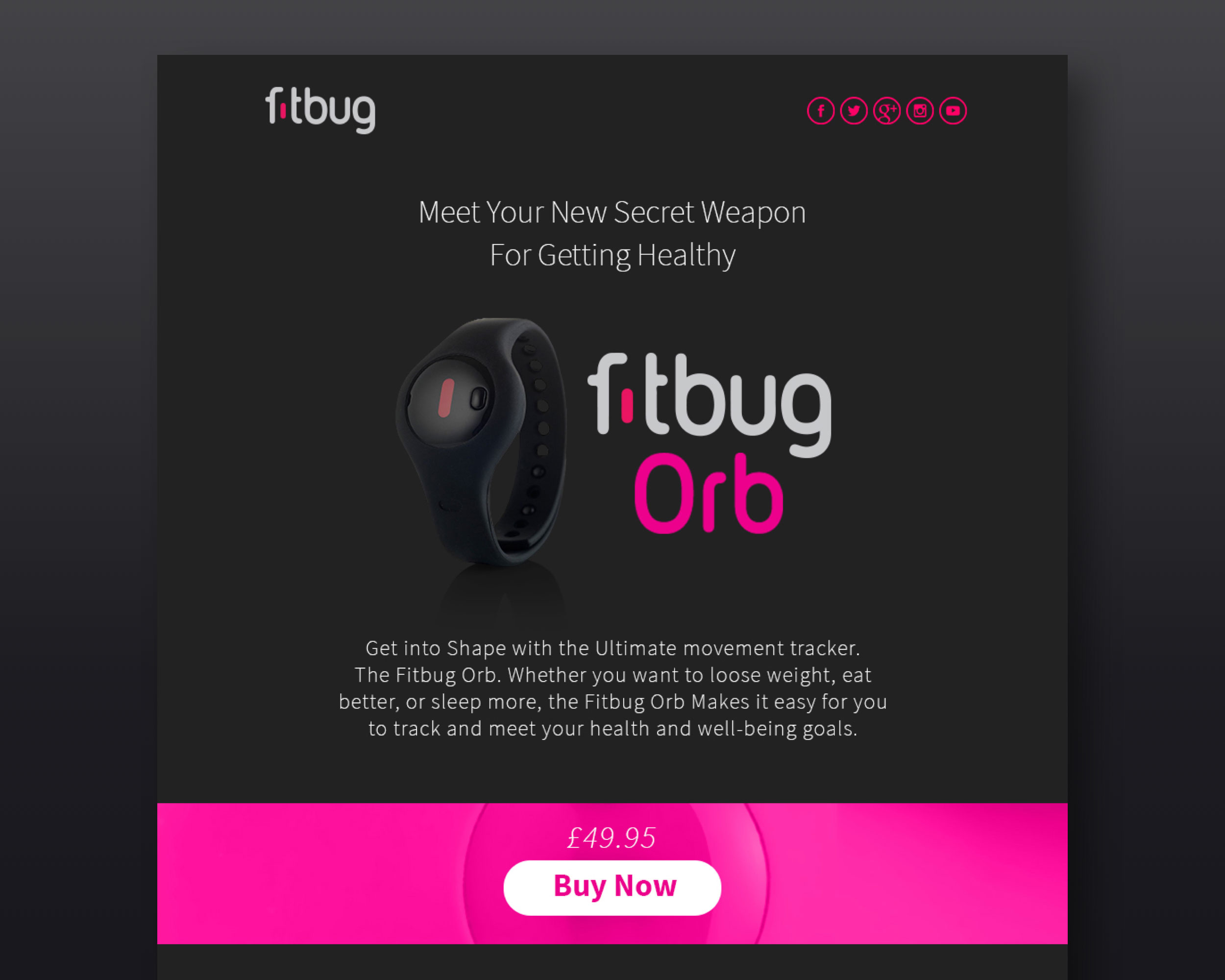 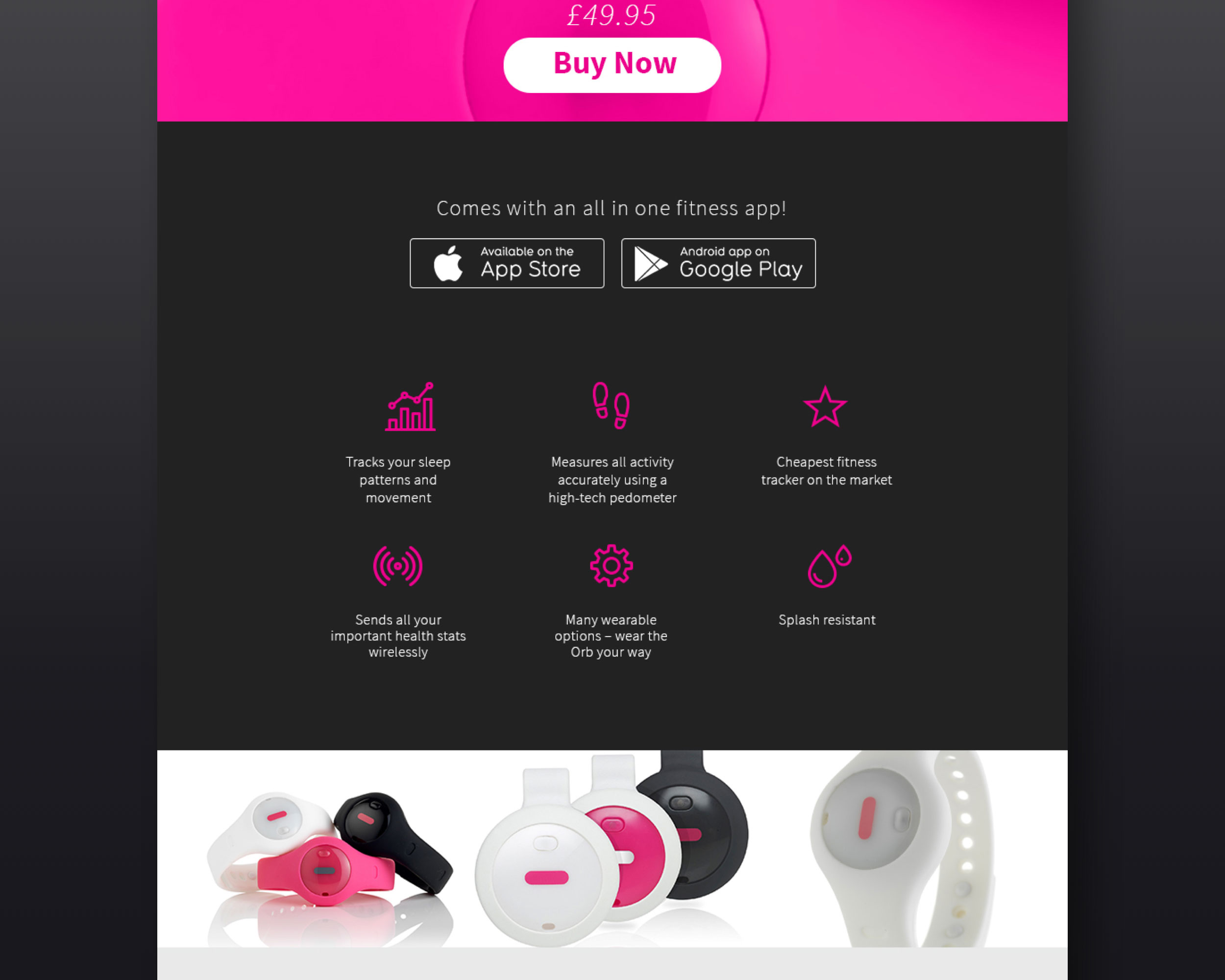 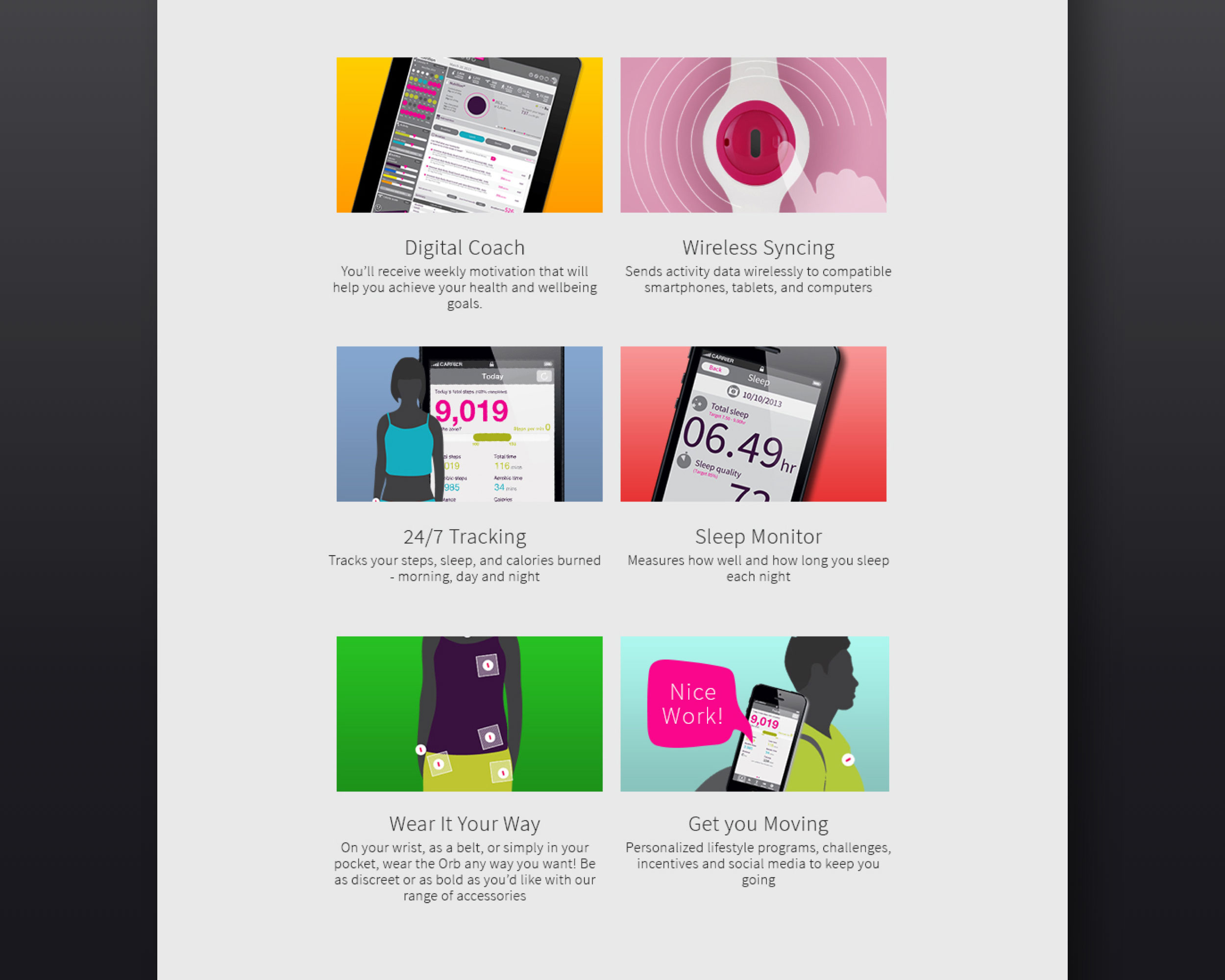 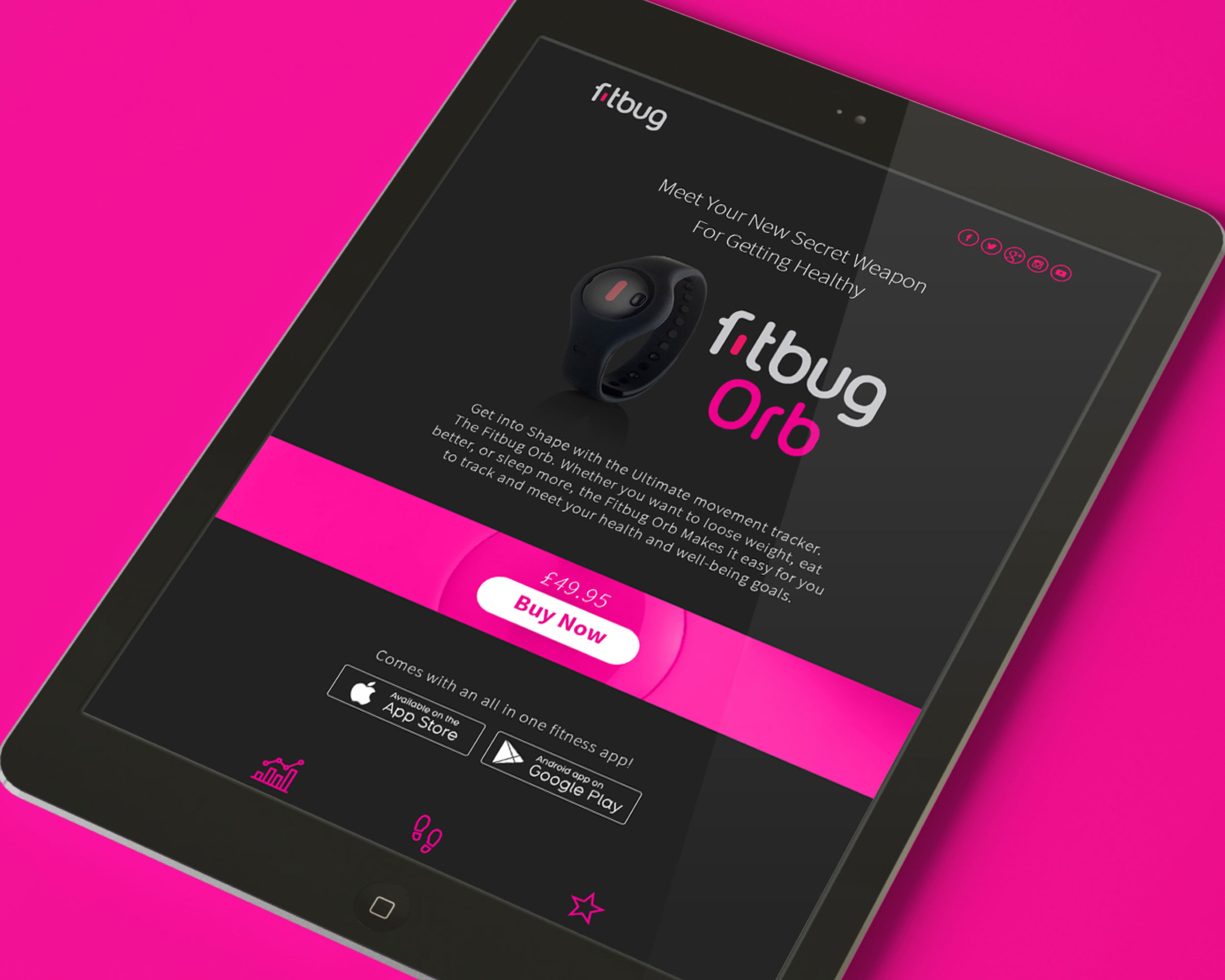 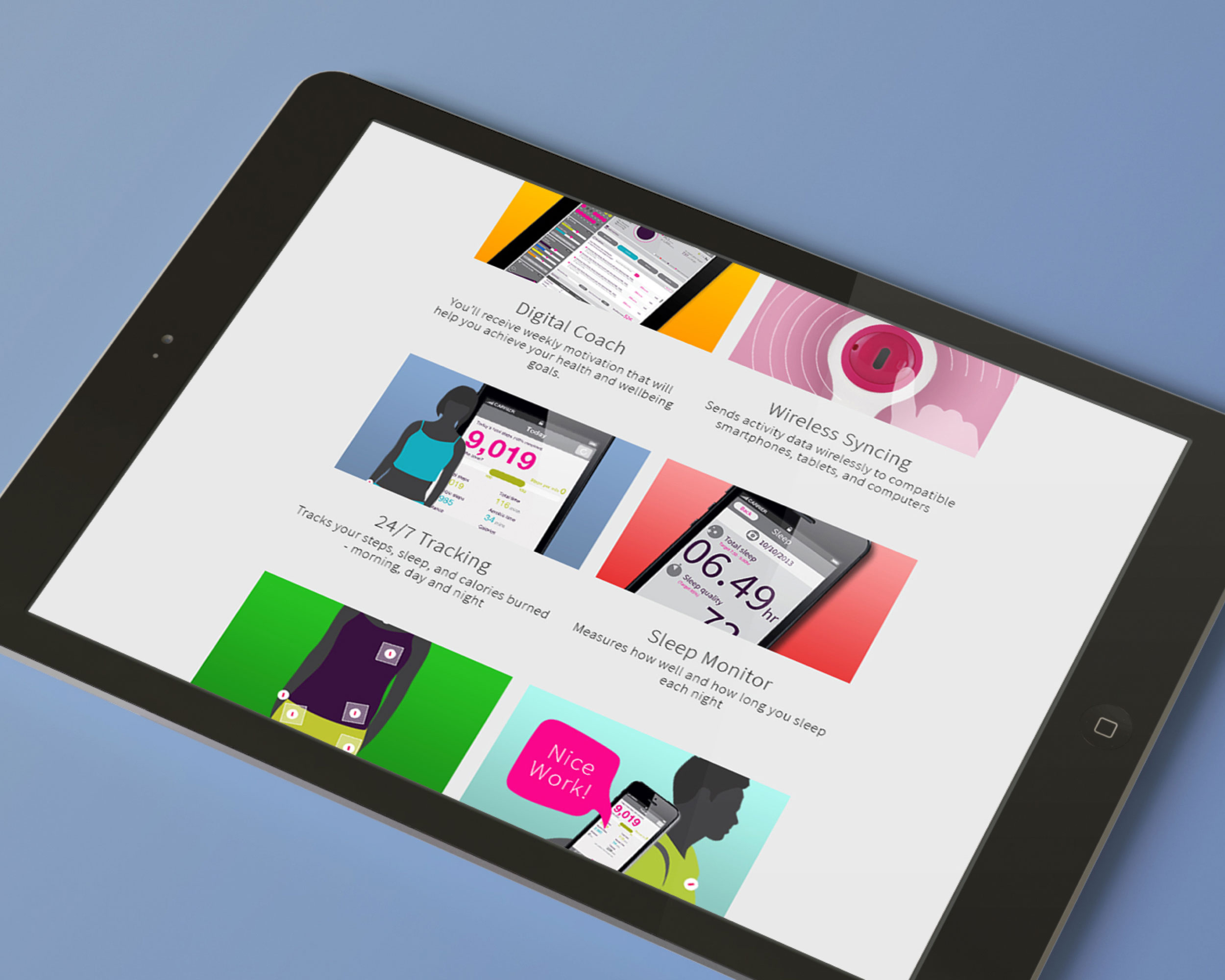 The first phase in an on-going design project. The first step was to replace an existing landing page with something more in-keeping with the new brand structure.

Fitbug needed an extreme revamp of their product landing page for the Fitbug Orb. Their previous landing page had been left untouched for far too long and was not gaining any noticeable traffic or producing any purchases.

As part of a phased project the first goal was to replace the product landing page with something more suitable, later leading to a redesign of the main site as the production of further landing pages on suppliers commerce sites.

To get the landing page turned around quickly and with minimal wait time on new assets that had yet to be produced, I cleaned up the product imagery in photoshop to bring it more inline with product focussed shots.

I also created new visuals for the features sections, started creating a new asset library of icons, in-keeping with active visuals that could be expanded upon during later phases of the project. For this landing page the brand guidelines were not amended and the old colour schemes were carried over.

Colours, fonts and imagery was later updated as the redesign of the main Fitbug website became an active project.